Legendary Edenderry businessman to be laid to rest on Thursday 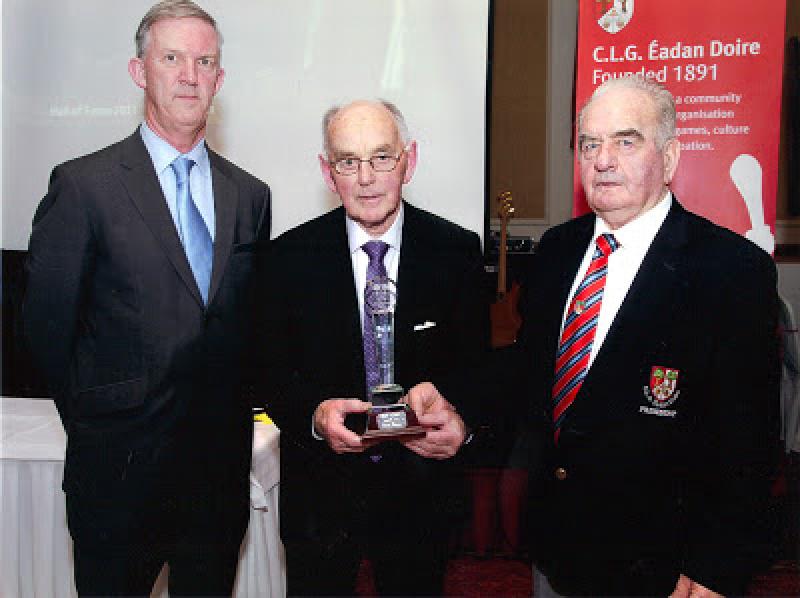 The people of Edenderry have been reacting with sadness to the death of prominent former businessman and local sporting legend, Liam Moran in recent days. Liam Moran ran a successful and iconic cycling shop in the town for many years, while he will also be remembered as a local sporting hero for many more years to come.

An Edenderry GAA Hall of Fame recipient in 2012, the former goalkeeper played 26 times for his county between 1954 and 1958, and spent many years with his local club, playing with greats and fellow Edenderry stalwarts, including Mick Brady and Hooper Farrell. He earned eight Championship appearances and 18 League appearances in an Offaly jersey.

Liam showed himself to be an all-round sportsman and also hurled with Edenderry, adding to his roll of honours by winning a Junior medal in 1953 and an Intermediate medal in 1954, going on to play hurling at Senior level in 1955 and 1956.

Liam took on committee roles when his playing days finished and was delighted to be recognised in 2012 when he was deservedly inducted into the Edenderry GAA Hall of Fame.

Locals have been reacting to his passing in recent days:

Martin McClure said: "I'm very sad to hear of Liam's death. I always enjoyed chatting to him in the shop," while Andy Sutton described him as "the anchor of O'Connell Square." "He was an absolute gentleman, and may God rest him," Bernie O'Sullivan wrote.

Liam's body is reposing at Larkin’s Funeral Home, Edenderry on Wednesday evening from 6pm to 9pm, with Rosary at 9pm. Removal on Thursday at 11.30am, arriving to St. Mary’s Church, Edenderry for 12 noon Funeral Mass. Burial afterwards in St. Mary’s Cemetery.