Shock as fan favourite Mundy gets the chop from Celebrity Masterchef 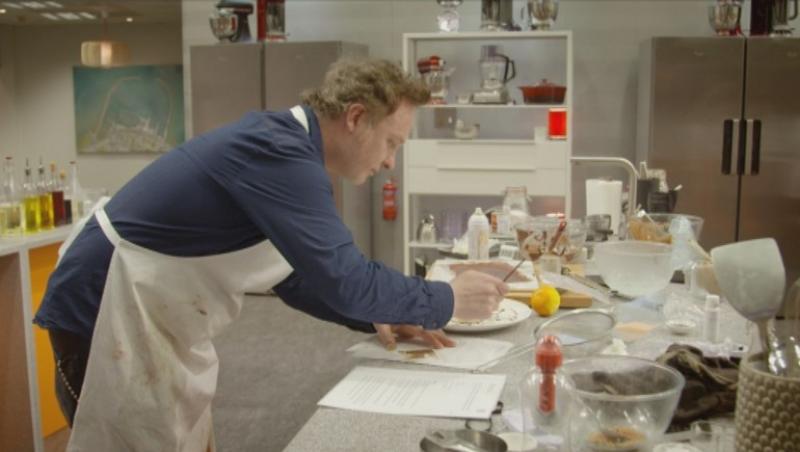 The Offaly singer was a maverick in the kitchen

There was shock among Celebrity Masterchef fans as Offaly singer-songwriter Mundy exited the TV3 show on Thursday night. The Galway Girl singer had almost garnered a cult-like following as his laid back and off-the-cuff style won favour with fans and judges alike in recent episodes. Sadly for the Birr man, Thursday night's show saw contestants given the stern task of re-creating a restaurant quality black grouse dish created by judge Robin Gill.

The chopping and plucking of the unusual bird made for grim viewing, and things didn't get any better for Mundy as he ran into quite a few roadblocks throughout the cook. The intricate dish was black grouse stuffed with heather and hay, served with duck hearts, Roscoff onions and corn salsa - not exactly your average Thursday night dinner!

The show's co-judge Daniel Clifford called time on the challenge, asking contestants to “walk away, walk away." “I’ll f**king walk away alright,” a clearly frazzled Mundy replied. His trademark freestyle approach had not gone down well this time with such a tough assignment at hand.

“He was actually going to put raw butter on the dish?” a clearly amazed Robin Gill pondered when Mundy burnt his beurre noisette and looked for a quick fix. “That breaks my heart,” Gill claimed, and the judge's sentiments were mutual because Mundy had certainly won their hearts and palettes over the first number of weeks on the show.

Gill wasn’t the only one feeling emotional. “I’ve grown really attached to you,” said a tearful Clifford when it came to sending Mundy home. “You’re such a free spirit, and I don’t like tying you down,” the British chef added. The pair shared the ultimate manhug, while Mundy held firm and refrained from showing too much disappointment.

“I’ll still love cooking, without a doubt, but I’m just going to stick to the music,” the Birr man said as he headed for the door. Having impressed with a fish taco dish two weeks earlier, Mundy was resilient to the very end before he left the studio for the final time: “If someone wants my taco recipe, I’ll sell it to them."

If you have a story for us, sports news, an event happening in your area, or if you want to submit pictures or videos, contact the Offaly Express team via e-mail to just, or through our Facebook.