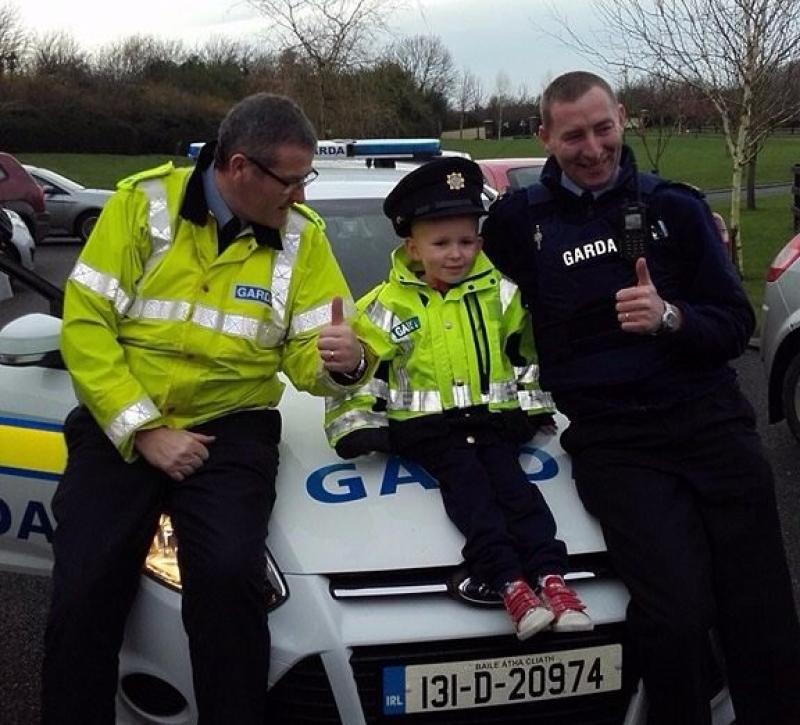 The family of 6-year-old Tommy Kelly Shaw have requested that mourners at his funeral on Thursday wear bright coloured clothes in honour of their vibrant young son. Tommy has been described in the last year as the 'bravest and toughest' little boy in Ireland as he had been battling cancer, but sadly the Birr schoolboy passed away on Tuesday evening.

After being diagnosed with cancer at an early age, but had never let it break his spirit. The young boy had beaten brain cancer last year but unfortunately it returned, but Tommy and his family managed to pack lots of memories into his short life. He spent time with the Gardaí in Birr, went race car driving and drifting, and even saw a single called 'Family' released in honour of him and his family by Martin Bennett, the video for which attracted 140,000 views on YouTube.

In posting the video to YouTube, singer Martin Bennett wrote: I spent 23 minutes with Tommy and his lovely family to film this video, and it's amazing the amount of special moments that happen in 23 minutes. Tommy has brought a community together many times like I have never seen before" Martin recalled that Tommy was "so full of life and love that you would never have guessed he was ever sick."

Tributes have been flooding in for little Tommy today and this is just a small sample from the people expressing their grief and sympathy.

"I was never lucky enough to meet in person this little boy who was so brave and full of life during his terrible illness, only through my wife and in laws I came to know his tragic story, that was my loss," Barry Howard said.

"My heart goes out to this family who lost there little solider today," Anne Marie-Davies wrote.

"Rest in peace to our darling little friend Tommy Kelly Shaw who walked in our door and stole our hearts. He was an angel sent to teach us all about love, life, compassion and friendship, and in his short little time with us he aced it," Tricia Sullivan said.