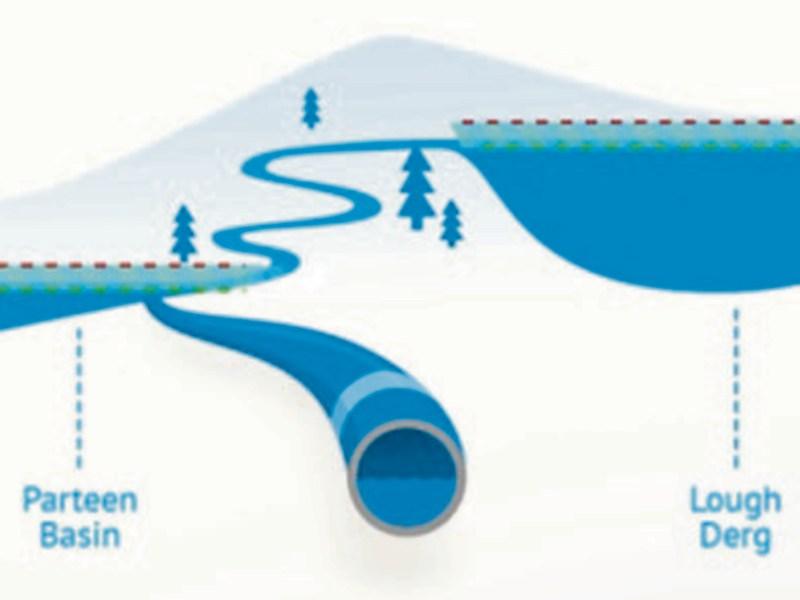 A farmers organisation has organised a public meeting to debate new pipeline that will bring water from the Shannon to Dublin. The meeting takes place on Friday 10 February 2017. The meeting will take place in Ballyeighan Hall, on the Roscrea Road, outside Birr, Co Offaly and will commence at 8pm.

The Irish Cattle and Sheep Farmers Association meeting will address ‘The Preferred Scheme for a New Water Supply for the Eastern & Midland Region’. The ICSA says all those affected by the proposed water pipeline are invited to attend the meeting, which will take the form of an open discussion; Pipe Dream or Nightmare?

ICSA Tipperary chairman Tom Egan said: “There is a lack of clarity on a whole range of issues concerning the proposed pipeline and local landowners still have many reservations about the project. All local TDs from across the region have been invited to attend on the night so landowners will have an opportunity to raise their concerns and seek answers to the questions they may have. I look forward to an informative evening and a lively debate on the issue.”

Affected farmers and members of the general public have until have until Tuesday February 14, 2017 to lodge their concerns with Irish Water.

ICSA president Patrick Kent pledged that the association would stand with local landowners in their fight against being pushed into something they did not want. “There are too many unanswered questions and farmers have many concerns about long-term devaluation of their farms and damage to productivity,” he stated.