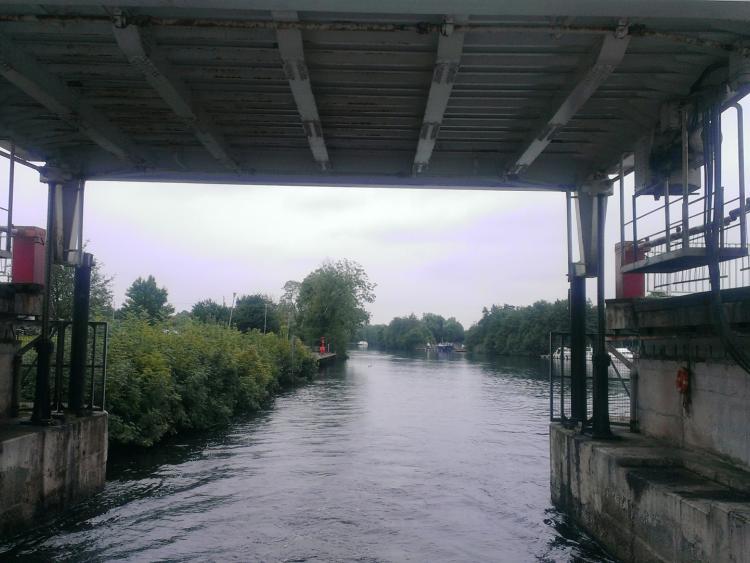 Rooskey Bridge on the Shannon

Fianna Fáil Spokesperson on the Office of Public Works & Flood Relief Eugene Murphy has moved a Bill, which he believes will help address flooding issues along the river Shannon, in the Dáil.

The Electricity Supply Amendment Bill 2017 removes outdated water level restrictions on ESB regulated lakes along the Shannon.
“The river Shannon is a valuable natural resource for our country. But as the frequency and intensity of flooding has risen over the past number of years it’s clear we need a wide range of measures to help protect vulnerable communities alongside its banks,” commented Deputy Murphy.

“The Winter of 2015/16 brought untold devastation to many towns, villages and rural areas along the Shannon and its tributary rivers.  Many communities are only getting back on their feet now after seeing homes, businesses and farms submerged during Storm Desmond and its aftermath.  Residents along the Shannon continue to live in fear of returning flood waters and are frustrated that despite a series of promises by this Government’s, there has been a distinct lack of action,” he added

He said that the Bill was one of the steps that Fianna Fáil is taking to alleviate the problem and to address the concerns about water levels on Lough Allen, Lough Derg and Lough Ree. It removes specific water levels from legislation and allows the ESB to use its own expertise to set the levels in conjunction with other relevant bodies such as Waterways Ireland, Inland Fisheries and the local authorities. The Bill also contains proposals such as dredging new channels and deepening existing channels, the reconstruction of weirs and the altering/removal or reconstruction of quays, harbours, boat houses and bridges.

“This bill is not a silver bullet. There is no single solution to flooding along the Shannon. However, Fianna Fáil is bringing forward a package of measures designed to address the difficulties communities along the Shannon are facing. Many towns, villages and farmlands in my constituency of Roscommon-Galway and throughout Longford, Offaly, Clare and Limerick have suffered unbelievably and countless other communities have been under siege. We must be brave, do the right thing for our communities and take decisions. We need to act on this now,” deputy Murphy stated.

“These people need real action to help deal with the ongoing reality of flooding problems and I sincerely believe this Bill will help limit the impact of increasing flood waters,” he concluded.