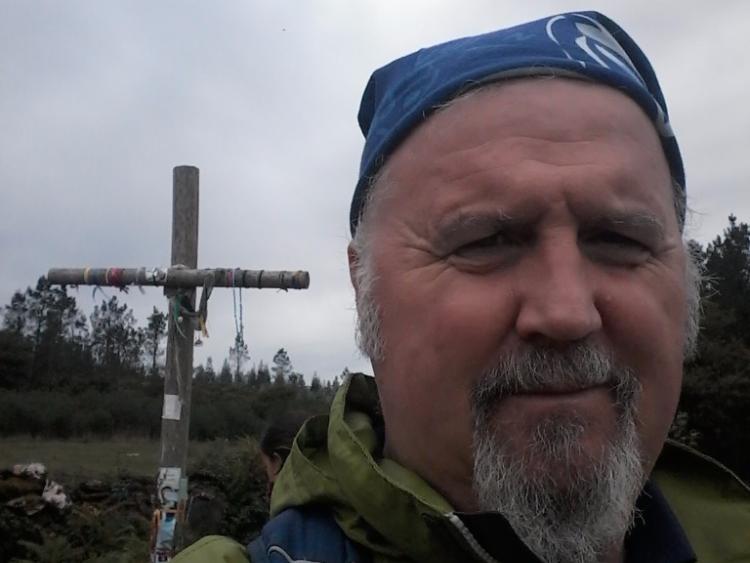 Operation Transformation leader, former Offaly foootballer and well known Gorta Self Help Africa fundraiser, Ronan Scully is undertaking the Camino de Santiago Walk from May 25 to the June 1 later this year and is looking for volunteers to join him.

Scully has already signed up some participants to do the walk with him on the last part of the Camino trek which is just over 100Km.

A number of places are still left on the expedition, and Mr Scully is on the lookout for any participants who would like to join them. To take part, participants are asked to raise €2,000 in sponsorship support – which will cover all costs of a trip that will also include accommodation and guided walks along the Camino and also raise funds for projects that Gorta Self Help Africa work with in Africa.

With his role as a business developer for Gorta Self Help Africa, he understands better than most the challenges faced by families all around Africa: “Since I started working with Gorta Self Help Africa the entire focus has been on food – and particularly how it can be grown in difficult conditions and tough climates in the developing world. I may have had my own struggles with food in the past, but the weight loss challenges that I faced on Operation Transformation a programme on RTE I appeared on a number of years ago are absolutely nothing to the ordeal that millions of Africans face in putting enough food on the table and providing for their families, simply to survive.

“These issues have come into sharp focus with the famine and drought in parts of Africa at present and especially in Ethiopia where some 10 million people and in Malawi where some 6.5 million people and children are affected with food shortages and hunger because of the effects of climate change, but at Gorta Self Help Africa we are continuing to say that while we must respond to the emergency, we can only help to bring an end to these terrible stories if we provide people with the wherewithal to live a life free from hunger and poverty. At Gorta Self Help Africa we are doing that by providing farming communities with good quality seed, by supporting the development of irrigation, and by a whole host of other measures including education and training that can give people some protection from the kinds of problems they are facing in parts of Africa today”.

For Ronan, the plight of the people of South Sudan, Kenya, Malawi, West and East Africa and Ethiopia is particularly troubling. An adoptive father of two little girls from Ethiopia, he says that it has been particularly tough to watch the pictures of the drought and effects of climate change on the news bulletins, or explain to six-year-old Sophie and an ten-year-old Mia what is happening in the country of their birth:

“It’s hard to explain to your children that there are people dying of hunger in the world, and particularly so when we know that this is not a disease they are suffering, but a situation that can be cured very easily.”

Gorta Self Help Africa has been working in Africa for more than 32 years, and has supported million's of its people to increase the amount of food that they produce, and increase the amount that they earn from farming in that time. Scully says that the reason for Gorta Self Help Africa to focus on farming is simple, too – pointing to the fact that 80 per cent of people in sub-Saharan Africa live on small farms, and to studies that show that the vast majority of these farms have the potential for greater productivity.

“As the name suggests, Self Help Africa believes that the solution to one of the biggest challenges faced by Africa is in the hands of the people themselves. Provide African farmers with better access to seeds, with training and with the knowledge that will make them better farmers and you will solve a problem that we have been wrestling with for the best part of half a century.” Thanks for all your help and support to Gorta Self Help Africa in the past.