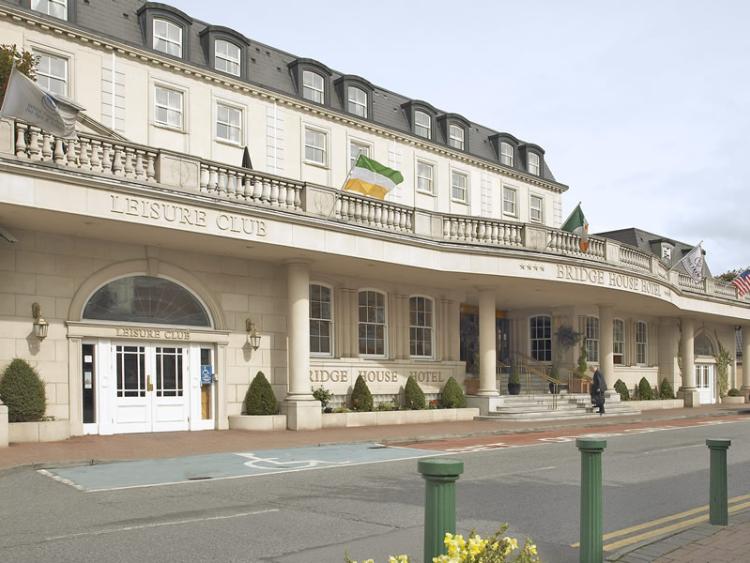 The Bridge House Hotel in has announced details of a planning application that will enhance the current offering by adding an extra 86 bedrooms to the existing 70.

There are also plans to improve the current leisure offering with a new and innovative entertainment concept for the midlands.

It will include a conference centre, casino, hotel restaurant and bars. The proposal also consists of the development of a link between the existing Bridge House Hotel together with a new external terrace facing the Tullamore River.

The Lenaghan family, who run the hotel, say they are ‘delighted’ to be able to future plan and set in motion the next stage of the iconic Bridge House Hotel and bring much need economic activity and jobs to Tullamore.

The proposal will double the operating capacity of the Bridge House Hotel, creating an additional 80 full time jobs bringing the total numbered employed to 334 as well as creating jobs in the local construction sector.

From an economic perspective, it is hoped the proposed plans will increase the number of visitors and tourists to Tullamore which in turn would benefit and stimulate the much needed growth for local businesses, attract other companies to the area and enhance the local tourism economy.

It is also hoped that the proposed development will bring numerous social and cultural benefits to the town and surrounding areas with a statement from the Bridge House stating, “we believe the Bridge House Hotel, Tullamore and indeed Offaly offers tremendous potential.”

The proposed complex will be one of the largest hotels and entertainment venues in the country.