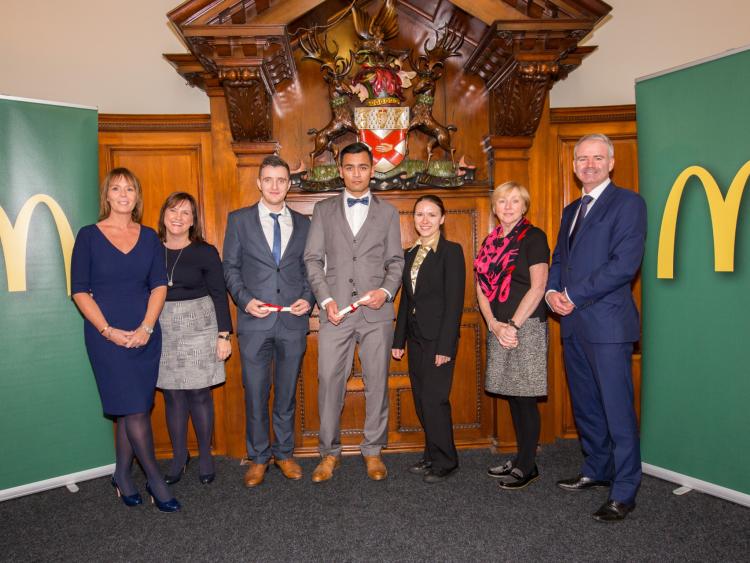 Two employees from McDonald’s in Co. Offaly have been awarded City & Guilds qualifications.

The employees from Offaly were among over 240 McDonald’s staff members to receive qualifications at a ceremony at the Royal College of Surgeons in Dublin on November 7.

As part of workplace training, employees from 48 of McDonald’s network of 90 restaurants across Ireland received City & Guilds internationally-recognised qualifications this year – a total of 204 employees were awarded a Level 2 Diploma in Hospitality Service while 43 others received a Level 2 Certificate in Customer Care.

Among them were three winners of the Medal For Excellence: Kristina Boika who works at Blackpool Drive-Thru in Cork; Adam Kavanagh who works at Grafton Street in Dublin and Claire Bellringer-Galvin who work at McDonald’s Carrickmines in Dublin.  Also in attendance was Adrian O’Looney, Business Solutions Manager at City & Guilds.

McDonald’s now has 1,283 staff members who have had their workplace training certified by City & Guilds, which is equivalent to a level 4 qualification on the National Framework of Qualifications. McDonald’s, which is renowned for its commitment to providing further education and skills development to its crew, has been working in partnership with City & Guilds since 2009 when the programme was launched with the first 50 candidates awarded qualifications in 2010.