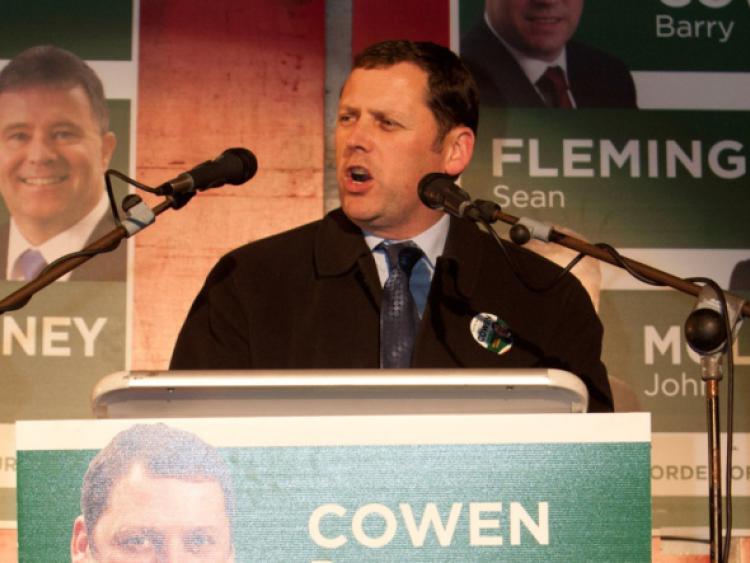 Fianna Fáil TD for Offaly Barry Cowen has called on the Government to set out a detailed economic plan for the Midlands.

Deputy Cowen made the comments after meeting with officials from IBEC who outlined some of the key concerns facing businesses across the Midlands, including Offaly.

“The Government cannot take it for granted that economic growth will take hold in the Midlands region. Economic activity has picked up in large urban areas such as Dublin, but it will not spread across the country without decisive action on the Governments behalf,” said Deputy Cowen.

Deputy Cowen said he recently met with officials from IBEC who made it clear that there are a number of issues that need addressed in the Midlands.

“The lack of transport infrastructure in particular is something which the Government needs to tackle. The development of the M7 motorway opened up south Offaly to the rest of the country. This progress needs to be built on in the years ahead by putting in place a plan to connect the M7 to the M6. The development of such a connection will link up Mullingar, Athlone, Birr and Roscrea. It will help propel economic activity in the region.

He said that the Government also needs to ensure it sticks to its targets when it comes to the rollout of Broadband.

"Businesses need access to fast and reliable broadband, but the network is patchy outside of our cities. We were first told that 90% of homes and businesses would have high speed broadband by the end of 2015, but now the deadline has been pushed out to 2022. The Government can’t just keep shifting the goalposts; businesses need to see the rapid roll-out of high quality broadband in Offaly."

Deputy Cowen also called on the Government to step up its support for fledgling companies so that job creation can take hold in Offaly.

“For fledgling companies the costs of accessing property to get going can be crippling. In additional to rental costs, commercial rates can fatally undermine a business starting out. Fianna Fáil has proposed a set of measures to help new businesses to overcome these challenges. I want to see suitable properties, including unused public buildings, and earmark them as incubation units for start-ups. Community groups hoping to set up their own enterprise will also be eligible to apply for these groups.

“There is huge potential for jobs growth in the Midlands if the Government creates the necessary environment to support businesses. Fianna Fáil has long argued that more needs to be done to spread the economic recovery right across the country, and not only have it focused in Dublin,” he concluded.