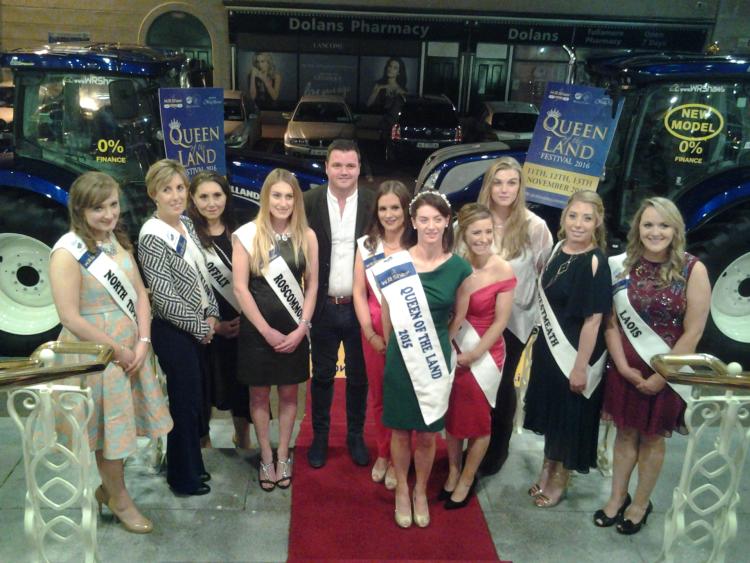 Some of the 2016 W.R. Shaw Queens and Christine Buckley, reigning Queen of the Land with our main sponsor W.R. Shaw representative Leslie Shaw who attended the Launch on Saturday the 15th of October in Bridge House Hotel, Tullamore.

The schedule for the weekend for the W.R. Shaw Queen of the Land Festival is as follows: