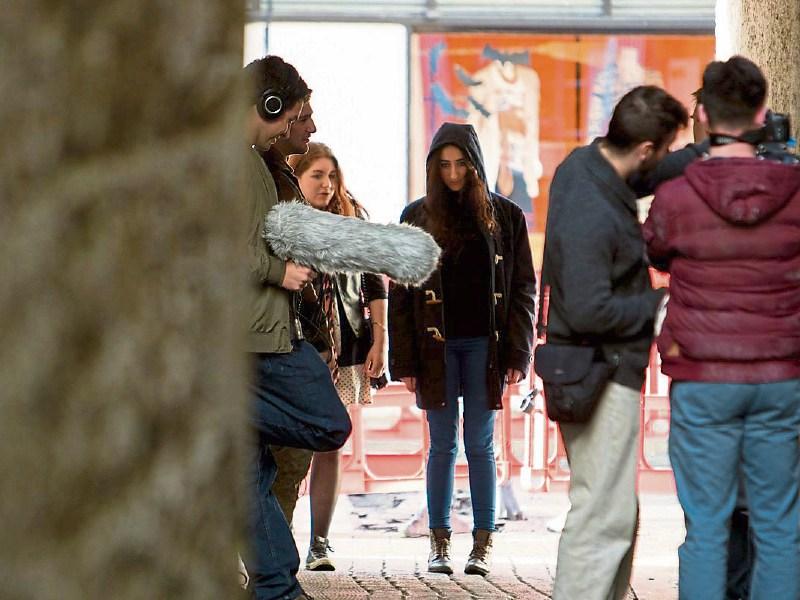 The 7th annual OFFline Offaly Film Festival was officially launched recently at The Chestnut Bar in Birr, with five days of film unfolding in Birr and the surrounding region from October 12 to October 16.

The festival will open with the screening of the lauded feature film A Date for Mad Mary on Wednesday October 12, with the rest of the week made up of numerous screenings, Pocket Filmmaking workshops, mini movies, ‘Made in Offaly’ short films, a Frozen singalong and dress up, and more.

One of the highlights will be the screening of the brand new Irish film The Flag starring much loved Irish comedian and actor, Pat Shortt.

Directed by Clara’s Declan Recks and written by Edenderry’s Eugene O’Brien, (the same team behind RTÉ’s Pure Mule) it will screen at Birr Theatre & Arts Centre on Thursday October 13 before going on general release across the country the following day.

The ever popular 57 Hour Filmmaking Challenge is also back.

This year Irish and international filmmaking teams will descend on Birr to make their short films in a little over two days, with the winner guaranteed a spot at the prestigious 2017 Galway Film Fleadh.

Speaking at the launch, festival director Gary Hoctor said: “We are delighted that OFFline continues to go from strength to strength. We’ve received hundreds of short film submissions from all over the world again this year.”