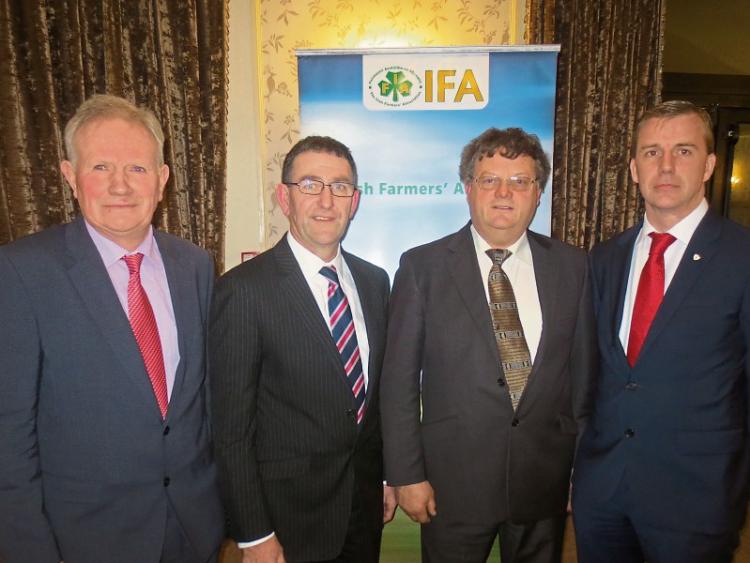 IFA National Chairman Jer Bergin has presented a report to the Executive Council of the Irish Farmers’ Association updating the members on the membership and income position of the Association.

Jer Bergin said he remained committed to the work programme to re-build the trust of the membership; to continue the important day-to-day work of IFA in delivering on behalf of farmers; and to organise elections that will see a new leadership take over next month.

Jer Bergin said the total fully paid-up members eligible to vote in the election for President and Deputy President stands at 75,501.

He outlined that 528 members have cancelled since the events of November.

The IFA National Chairman reported that over 96% of the 30,335 calls received since November related to day-to-day farming issues, including SFP/Basic Payment; RDP farm schemes; GLAS; credit cases; FBD voucher and other benefits; branch AGM/election meetings and other day-to-day issues.

A total of 1,132 (3.7%) calls carried comments and complaints regarding the events in November.

Members who initially called to cancel, and then decided to retain their membership until their next renewal date, gave the following reasons:

The right to vote in the Presidential election;

Other key benefits including mobile, telecom and power.

On non-voting members, Jer Bergin said there were an additional 4,000 members who are overdue and an active programme is underway to make contact with and re-sign these people, which is a regular part of our membership work.

He said Countryside members, associate members, and other non-fully paid-up members make up a further 4,000.

There are over 200 levy collecting partners across all sectors. Levy contributions across all channels totalled over €4.7m to IFA in 2015.

The EIF contribution is voluntary.

Due to a number of factors (time lag, frequency of payment, change in market prices etc) it will take some time to establish an accurate picture of the impact on the levy income.

Our forecast to the end of March 2016 suggests a decrease of 12% in net levy (including refunds).

The fall in commodity prices across most farm enterprises and changes in volume have had an impact here also.

Approximately 300 refund submissions have been received since November totalling.

Due to the voluntary nature of the levy, there have always been challenges in preventing fallout/non-payment.

The system relies on the support of farmers to contribute to the resources of IFA and the long-standing partnerships that we have established with the outlets to maintain collection levels.

We have undertaken to meet all levy partners and a number matters are being discussed:

To inform them of the steps the organisation is taking to strengthen governance and transparency:

To establish the financial impact on the levy since the events of November;

To identify means of rebuilding the collection rates;

To seek auditor confirmation of the money collected from farmers for IFA, the money transferred to IFA and administration fees, if any.