People of Offaly asked to make their mark 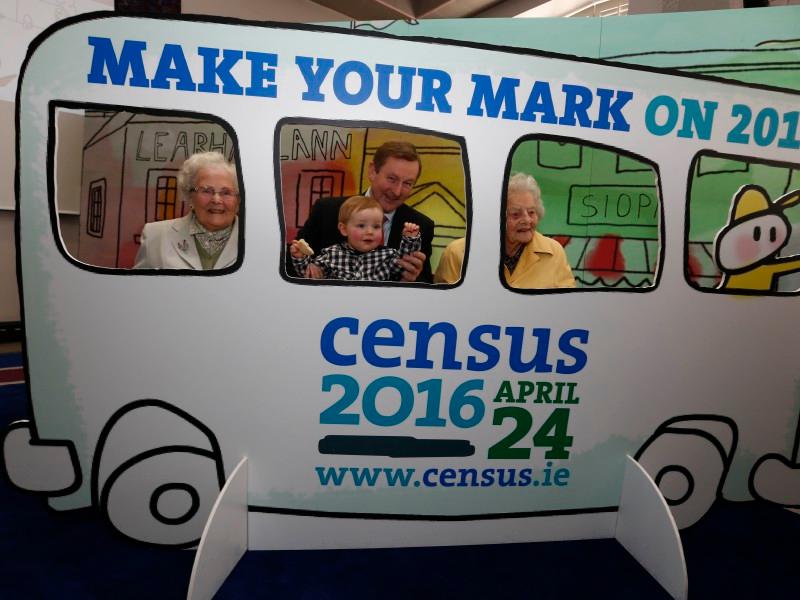 The Central Statistics Office today officially launched Census 2016. The census will take place on Sunday, 24 April, giving the people of Ireland the chance to make their mark on the future.

Everybody who spends the night of Sunday April 24 in Ireland must be included on a census form.

Speaking at the launch of Census 2016 at Government Buildings this morning, the Taoiseach Enda Kenny T.D. outlined the importance of everyone taking part in Census 2016. "By participating in the census on the 24th April, each and every one of us will help to shape our understanding about life in Ireland today. We will also show how, as a country, we have changed and are changing over time. Importantly, it will also equip us to plan for the Ireland of tomorrow. The census alone collects information from every single household. The information it provides, therefore, is a vital input to important decisions we take on where to build new schools, where transport is needed, where the population is aging and in need of more support."

"The results of the census are an important resource which are available to all. Census 2016 will take place exactly 100 years to the day that the Easter Rising began, and the results of this Census will be of great interest to the historians of the future as they look back and reflect on life in Ireland in 2016.”

Pádraig Dalton, Director General of the Central Statistics Office, noted the extent of the work involved in making the census happen. “The census of population, carried out every five years, is the CSO’s largest and most challenging statistical operation. Counting every single person in the state on a single night is no easy task and, as you can imagine, an enormous amount of work has already gone into this census to get us here today. This forthcoming census on the 24th April will be a traditional census which means census forms will be delivered by hand to every household in the state over the next five weeks, and will then be collected in person. The CSO rely heavily on the dedication and commitment of our census enumerators and field managers to do this work on our behalf. I have every confidence that our 5,200 field staff will carry out this census with total professionalism and I’d like to take this opportunity to thank them in advance.”

Deirdre Cullen, CSO Senior Statistician with responsibility for the census, had some information on what people can expect to happen over the coming weeks: “Delivery of census forms to every home in the country will begin this week. Your enumerator will call to deliver and collect your form. Please answer your door because it is important that your enumerator delivers your form to you. They can also answer any questions you may have. Your enumerator will carry a census ID badge, and will be wearing a bright yellow high-visibility jacket with the word ‘census’ written on the back”.

The census is conducted by the Central Statistics Office (CSO). The CSO is an independent Office established in 1949. The census is the largest statistical operation undertaken by the CSO. The CSO is legally independent, and all of the data is collects is kept confidential.

The next census will take place on the night of Sunday 24th April 2016.

More than 2.3 million census forms have been printed by the Central Statistics Office.

There are 11 household and 30 individual questions on the census form.

4,663 enumerators have been recruited to deliver and collect the census forms.

The census forms will be delivered between 21st March and 24th April.

For census purposes, the country is divided into 44 designated ‘regions’ each comprising 10 ‘field districts’.

The first results from Census 2016 will be published about 12 weeks after census night.