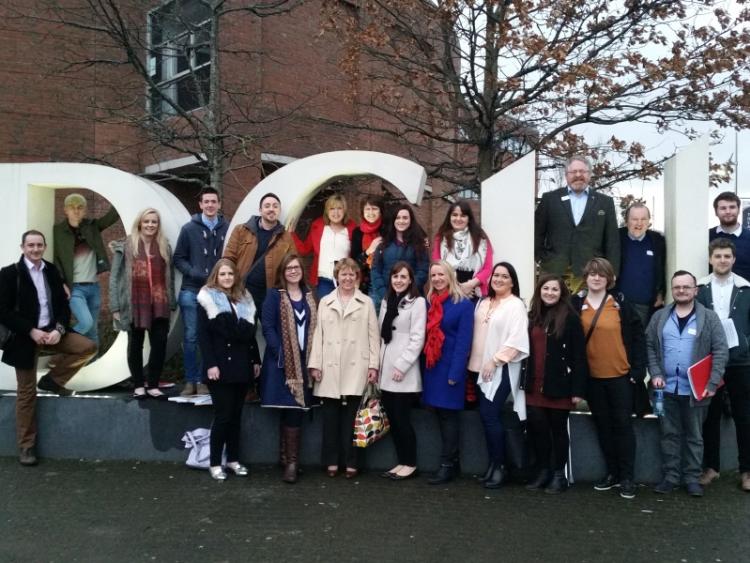 Tullamore’s Academy Chamber Choir has been chosen to represent Ireland at the Internationaler Chorwettbewerb – a prestigious choral competition held every two years in Miltenberg, Germany.

Only six choirs from around the world have been chosen to represent their country in this four day international choral contest in the picturesque town of Elsenfeld on July 14, 2016

This is a great honour for the Academy Chamber Choir as it is the first time in the competition’s history that Ireland has been represented. Previous competitors have come from Brazil, Argentina, China, Indonesia as well as many European countries.

Each choir is required to compete in two different categories. Category A: Symphony of Voices (with compulsory composition) and Category B: Folksong, Spiritual & Jazz. The Academy Chamber Choir’s conductor Ciarán Brady has carefully chosen a repertoire that will showcase some beautiful Irish works as well as play to the choral strength of the Chamber Choir.

The Academy Chamber Choir was formed in 2007 and since its beginnings it has grown in strength as well as numbers. Each member of the choir is a vocal student of Ciarán Brady and the choir’s forte lies in the in-depth knowledge Ciarán has of each and everyone’s vocal ability. The application process to be considered for this competition included results from previous competitions. To this end the choir was able to supply organisers with a list of success stories including National Choir of the Year in 2012 at the Navan Choral Festival, 1st in the Sacred Music and the Early Music Competition at the Navan Choral Festival, 2nd in Lyric FM Carols for Christmas as well as many other accolades.

The choir is now in the midst of intense rehearsals as this major international competition is quite a departure from the Irish choral festival scene. For an opportunity to hear some of the repertoire that the choir is preparing, Academy Chamber Choir will be performing at 1pm mass in the Church of the Assumption, Tullamore this Sunday, March 13, 2016.

It is already an eventful year for the choir as they are currently representing the midlands in Glór an Phobail, A Nation’s Voice an Easter Sunday spectacular in Collins Barracks. The choir will join 1,000 voices and the RTÉ National Symphony Orchestra in presenting a major new orchestral and choral work composed by Shaun Davey. It is sure to be one of the highlights of the 1916 commemorations.

Exciting times ahead for the Academy Chamber Choir.