Libraries not just about books anymore 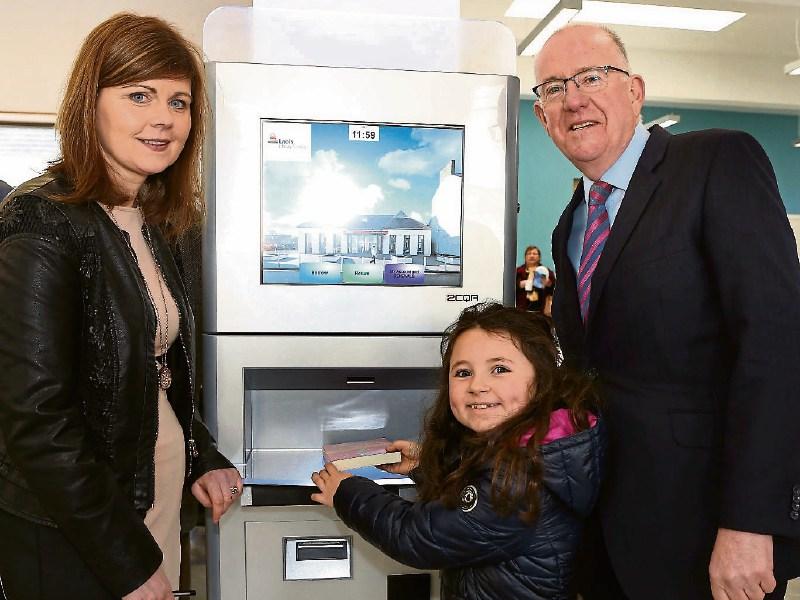 There was great excitement in Portarlington this week, as the new refurbished library was officially opened by Cathaoirleach of Laois County Council, Catherine Fitzgerald.

The bright, modern space, which had an estimated refurbishment cost of €300,000, is a new departure for libraries in Laois - boasting the county’s first ever self check system.

Cllr Catherine Fitzgerald outlined the work which had been carried out on the building, which has been the home of the library in Port for over 50 years.

“It included the demolition of internal walls, removing the courthouse elements, new window, entrance, courtyard and lighting,” she said.

“The new library offers a state of the art facility for the whole community and now with free membership for all their really is something for everyone in this space,” Cllr Fitzgerald said.

Minister for Foreign Affairs, Charlie Flanagan said he looked forward to seeing his own book on the shelves of Port Library.

“I recall some tussles in this building with retired Sergeant Jim Cannon and various Inspectors, but I’ll keep the anecdotes for my book which I hope will occupy the shelves of Portarlington Library.”

He acknowledged the work of everyone involved in the transformation of the building.

“In Portarlington we now have a very fine library and I’d like to compliment Bernie and her team for ensuring that library services here in Laois were top of the agenda over the last couple of years despite of very difficult and challenging times. I don’t suppose that there is a county in any part of the country, that can boast such a fine library service as we have in Laois.”

Chief Executive of Laois County Council, John Mulholland, said he had not envisaged so many people attending the opening last Monday.

“This really is a labour of love to turn an old building into something quite new and quiet modern. It’s a very good example of sustainability in the community, where you’re using existing building stock and changing it into something modern and making it a pleasant place for people to come and visit.

Acting county librarian, Bernie Foran, told the people of Portarlington that it was their library.

“This is now your library. The library is not just about books, it’s about you, it's about community. There is no excuse not to use it now.”