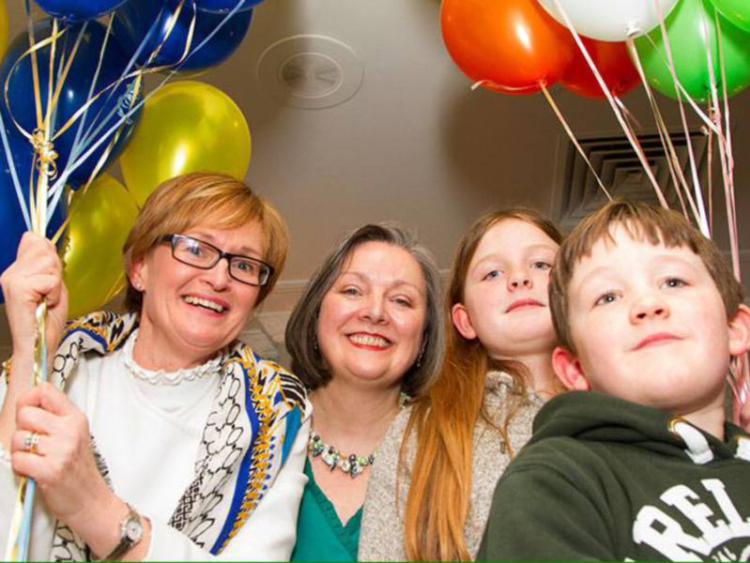 Speaking at the launch in Birr Ms. McGuinness said it was important that the constituency would retain a Government TD.  “Marcella has an extraordinary grasp of issues both urban and rural and is a strong advocate for her constituents in Dáil Éireann.

“For the people of this Offaly and North Tipperary constituency as elsewhere the most important  concern in the forthcoming election will be the economic and social wellbeing of the constituency, the region and the country into the future.”

She said to that end, “shorterism” should have no place in political life. “The recovery, now well under way, has been built upon, and will be sustained by, long-term economic planning.

“While the recovery is still in the early stages there is now ample evidence that it is spreading into all regions.  As it strengthens, with more people in work and domestic demand now growing, it will create the resources to further underpin that uplift and enable the Government to cut taxes for workers, making work pay and ensuring that people begin to directly feel the impact of the recovery.

“It will also enable the Government to invest strategically and sustainably in better public services, including health, education and childcare and care for older people based on a model of enabling people to live at home.

“We must foster and build in a sustainable way that delivers socially and economically, and for all in the community,” she said.

Ms McGuinness said that Offaly and North Tipperary has a mix of strengths, including agriculture and industry, which will be boosted in this new cycle of economic growth. And she also said the tourism sector is critically important to that growth.

She called on the people of Offaly and North Tipperary to support Marcella Corcoran-Kennedy.

“Marcella comes from a family that has given long service to the community. She served as a local councillor and now a TD in Dáil Éireann where she always prioritises the needs and issues of her constituents..

“Our party is best placed to sustain the recovery with strong national and European support.  We have four MEPs who belong to the largest party in the European Parliament, the European Peoples Party,” she said.