Gallen CS students among the contenders 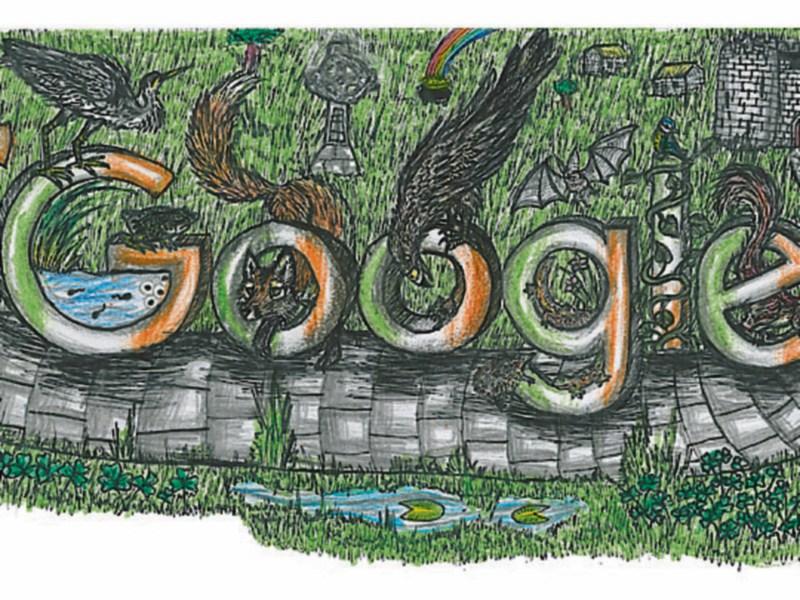 Voting to crown the winner of this year’s Doodle 4 Google competition will open from Sunday, 7th of February and the public will have just one week to cast their votes with the poll closing on Sunday, 14th of February.

Over 4,000 entries were received and shortlisted to 75 finalists.

Now, Nicole Tighe (Group 4) from Gallen Community School, Ferbane is in with the chance of becoming this year’s overall Doodle 4 Google champion.

This year, students were asked to design a Doodle on the theme ‘Ireland Is…’ with the winning Doodle appearing on the Google homepage on Easter Monday, 28th March 2016.

The panel of judges which included the artist Maser, one of Ireland’s leading visual artists working in the urban environment, Aideen Howard, director of The Ark, a Cultural Centre for Children and Tomm Moore, co-founder and Creative Director of Cartoon Saloon, who directed the Oscar nominated film The Secret of Kells and the film Song of the Sea, had the difficult task of selecting the 75 finalists from the thousands of entries that were received.

Members of the public can vote from February 7th for their favourite Doodle on www.google.ie/doodle4google. Voting will close at midnight on the 14th of February. The five most popular doodles, one from each age category, will go forward to the grand final where the overall winner will be chosen by the Google Ireland team.

Ronan Harris, VP and head of Google in Ireland said, “This year’s Doodle 4 Google competition is very special, as it is part of Google’s 2016 commemoration programme, with the winning doodle featuring on the Google Ireland homepage on Easter Monday, 28th March. Millions of people will have the opportunity to see it, and understand how young people view the modern Ireland of 2016. We’ve seen some amazing doodles this year and it’s now up to the public to vote for their favourite doodle.”

The winner will also receive a €5,000 scholarship towards their third-level studies, a Chromebook, and a €10,000 technology grant for their school. Each of the five class group winners and their teachers will also win a Chromebook each.

For more information and to vote for the winning doodles go to: www.google.ie/doodle4google/