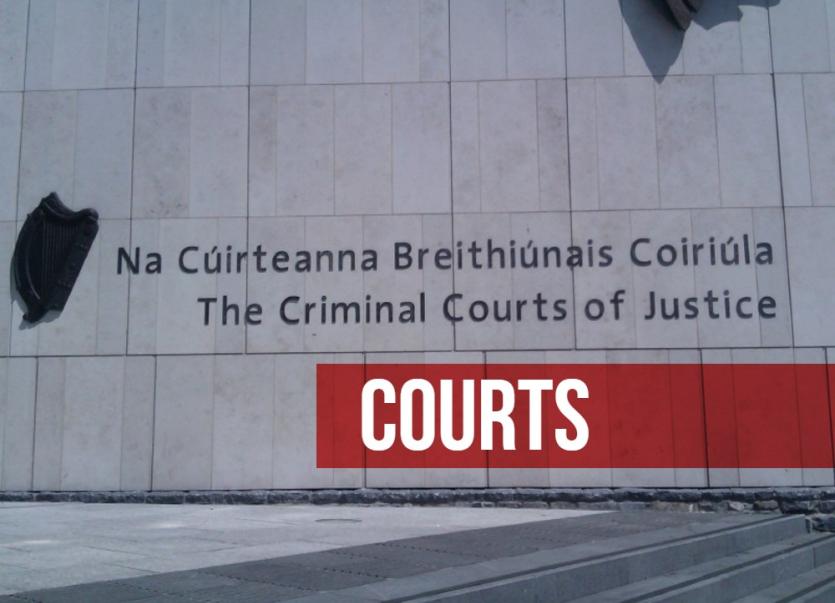 A man who slashed his partner’s face with a large kitchen knife following a row in a public park has had his sentencing adjourned until November.

Eddie Johnson (40) of no fixed abode, pleaded guilty at Dublin Circuit Criminal Court to intentionally or recklessly causing serious harm to the woman in Wolfe Tone Park in Dublin on April 28, 2020.

The woman has since died, unrelated to the assault and no victim impact statement was prepared for the case.

Detective Garda PJ Gallagher told Monika Leech BL, prosecuting, that gardaí were alerted to the attack by a witness who spotted the couple arguing from his apartment which overlooked the park.

The same person had also videoed the incident on his phone which he later provided to gardaí. That footage was played to the court during the sentence hearing.

The witness later told gardaí his attention was drawn to the park when he heard two people shouting. He saw a man and a woman arguing. The woman walked away but continued to shout at the man who then followed her to the bench she was sitting on.

The witness noticed that man had a long kitchen type knife with him before he saw him hold it in a position to stab and then make a slashing motion against the woman’s face. She put up her arm to the front of her face and the witness could hear her “wailing and crying”.

The woman later told gardaí that she had been in an on and off relationship with Johnson for a number of years. They had been drinking together earlier in the city centre when they were moved on by gardaí.

She said they had been sitting in the park when a man approached Johnson and handed him two knives. The woman told gardaí she tried to take the knives off him but he said his DNA would be on them.

She said she told Johnson “Go on slit my throat. I know you want to” before they began arguing.

She recalled Johnson jumping up and pulling the knife out before “he sliced me across the face, forehead and eye”. She said it happened so quickly and she could see Johnson realised how bad it was and what he had done before he ran off.

Det Gda Gallagher said a search was conducted in the surrounding area immediately following the attack and Johnson was found on the nearby Rosie Hackett Bridge.

He was wearing the same clothing as the man in the footage. Two large kitchen knives, one of which was blood stained, were discovered in a blue bag that had been placed in a nearby flower box.

Det Gda Gallagher agreed with Fiona Murphy SC, defending, that both Johnson and the woman had gone through periods of homelessness and were addicted to alcohol and drugs.

Ms Murphy said her client was fully remorseful and ashamed and grieves deeply for the woman.

“He fully recognises the abhorrence of his reaction to a row,” Ms Murphy said before she asked Judge Melanie Greally to accept that her client was under the influence of alcohol and has a “very limited violent offending in his history”.

She said he was exposed to criminality and drug use at a very young age and began experimenting with drugs in his early teens. “His life has been blighted by addiction,” Ms Murphy continued.

Counsel said her client’s parents both had substance abuse issues and his father spent time in prison.

Judge Greally remanded Johnson in continuing custody until November 2, next for sentence. She ordered a report from the Probation Service for that date.