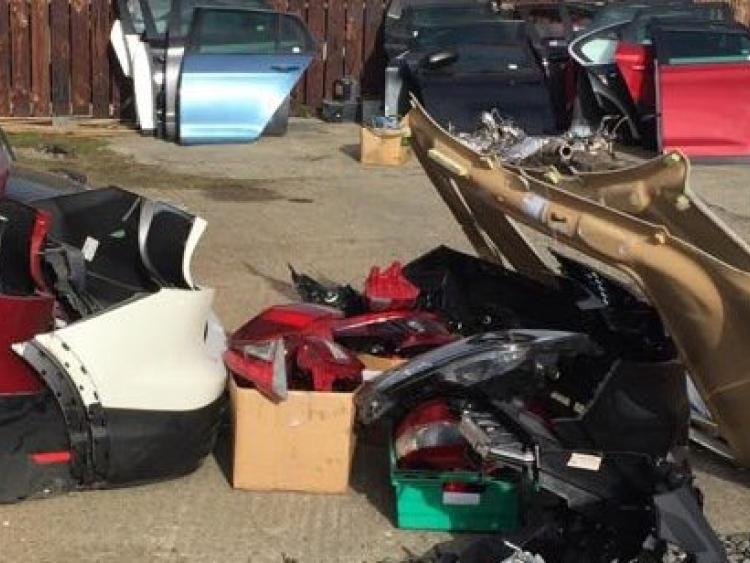 Two men have been arrested by Gardaí as part of an ongoing investigation into stolen car parts.

The arrests were made during an operation in Counties Meath and Kildare yesterday involving the Stolen Motor Vehicle Investigation Unit, Garda National Bureau of Criminal Investigations supported by the Garda National Drugs and Organised Crime Bureau and local based Gardaí.

During the operation, a number of premises were searched and a large amount of suspected stolen vehicle parts were recovered and seized. Two men, aged 34 and 24, were arrested and detained at Trim Garda Station under section 4 of the Criminal Justice Act, 1984.

Both men are expected to appear before Trim District Court on Wednesday charged in connection with the investigation.