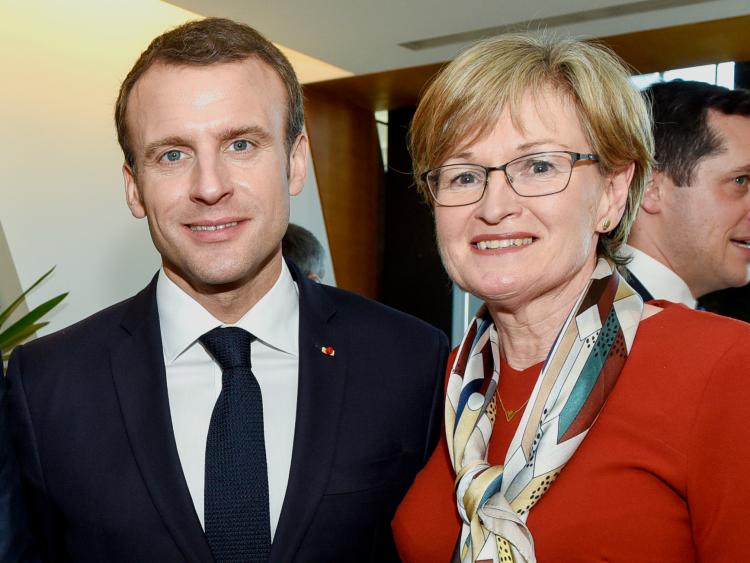 Mairead McGuinness MEP and Vice-President of the European Parliament is pictured greeting the President of France, Emmanuel Macron, at the Parliament in Strasbourg as he addressed MEPs on his vision for the future of Europe this week.

During the debate, McGuinness called for a strengthening of the links between the EU Parliament and national parliaments to address concerns about a gap between citizens and the EU.

The Midlands North West MEP said the focus should on building a stronger Europe: "The dialogue on the future is taking place in Ireland as people engage with the pressing issues that need to be addressed and the importance of a strong united EU27, post Brexit."