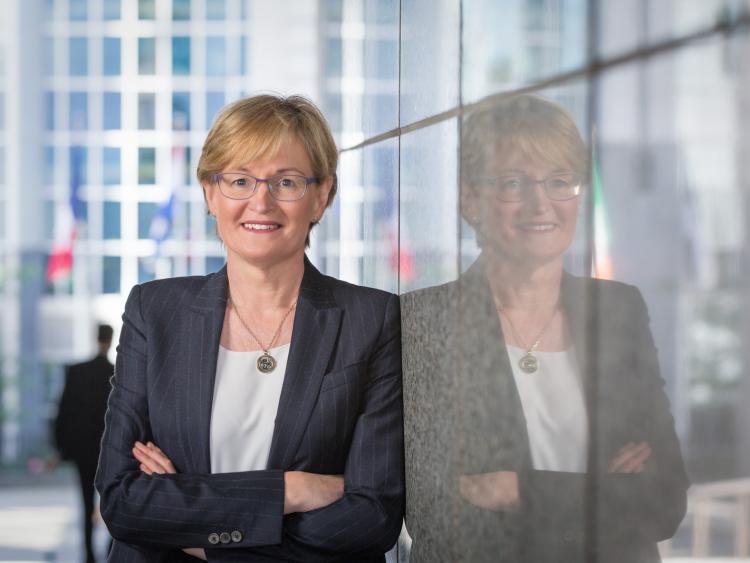 Mairead McGuinness MEP for the Midlands region, and the First Vice President of the European Parliament, has called on the Irish government to urgently review the electoral boundaries ahead of the European Elections in 2019, which will see Ireland gain two more MEP seats going up to 13, requiring a boundary change.

The dates of the European Elections were confirmed by a vote of the Parliament's Committee on Constitutional Affairs, of which McGuinness is a Member, in Strasbourg on Monday, April 16.

"I welcome this vote by the Constitutional Affairs Committee of the European Parliament fixing the period for the next European Parliament elections – between 23 and 26 May 2019. This approves the draft Council decision from March this year and provides clarity. The dates will be further confirmed by a plenary vote on Wednesday of this week," McGuinness said.

"However, I would call on the Irish government to urgently look at Ireland's electoral boundaries, given the re-distribution of seats that was approved by the Parliament in February. Ireland will be increasing its representation in the European Parliament to 13 MEPs, up from 11, which will necessitate a boundary change," she added.

This arises from the decision of the UK to leave the EU, which means that no UK representatives will be elected to the European Parliament next year. In fact, UK members will leave the parliament on March 30, 2019.

A decision has been taken to redistribute some of the UK seats to restore a balanced distribution of seats among EU member states in the new legislature, without any member state losing any seats.

The Vice-President said that there are several possibilities for new constituency boundaries but this work needs to be carried out by the Constituency Commission which needs to be mandated to redraw boundaries sooner rather than later.

"Today, we have three European constituencies - Dublin with three seats, Midlands North West with four seats and South with four seats - how the new boundaries will be drawn will depend on population base and representation," McGuinness explained.

"Given the additional two seats, there will have to be boundary changes and it would be important that these new boundaries are drawn as soon as is practical," she added.