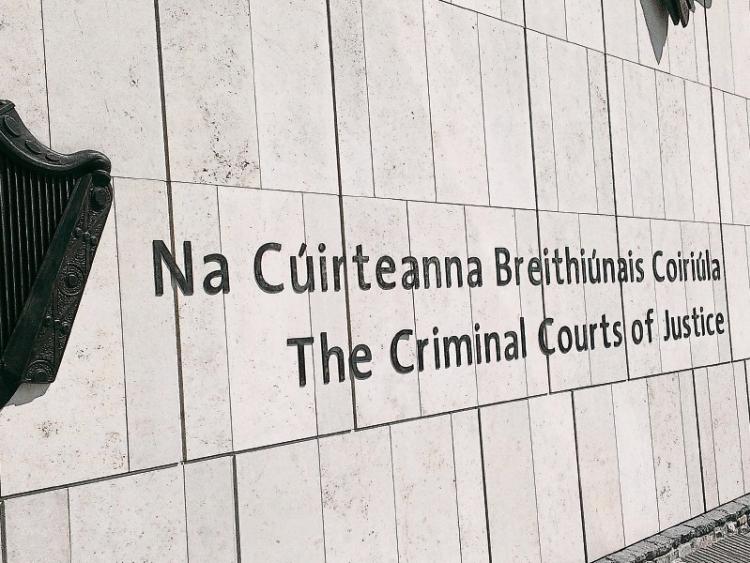 John Tighe has been found guilty of murdering his infant son by a unanimous jury verdict at the Central Criminal Court.

Tighe (40) of Lavallyroe, Ballyhaunis, Co Mayo had pleaded not guilty to murdering six-and-a-half-month old Joshua Sussbier Tighe at his home on June 1, 2013.

The jury of nine women and three men returned at 3pm Friday afternoon after seven hours and 32 minutes of deliberation to deliver their verdict.

Tighe sat motionless following the verdict and attempted to speak to Joshua's mother Natasha Sussbier after she delivered an impact statement in which she detailed the trauma she has suffered since her son's death. She walked past him without speaking.

In her statement she told prosecuting counsel Paul Murray SC that John had controlled her, lied to her face and that she finally realised he was not telling the truth when members of her family showed her the medical evidence that proved Joshua did not die accidentally.

She asked: "How can someone be so heartless as to lie to my face about something so serious?"

Following the death of her son, her "pride and joy", she said she had never experienced such heartache and anger. She can still feel the coldness of her baby's hand as he lay lifeless in Tighe's home and she begged him: "Come back Joshua! Don't leave mummy here."

Every time she visits his grave, she remembers her baby boy being put into the ground. Following Joshua's death, she said she didn't want to believe that John was responsible and although there was never the same trust between them, she went back to him. She said it was always in the back of her mind, "what really happened?".

She should have "copped on", she said, but John convinced her and tried to turn her against the people who were helping her. She was just 17 when they first met and she believes that her age made her vulnerable and that he controlled her.

When she heard the medical evidence she was afraid and didn't want to believe it, but finally she realised that something sinister had happened. She said she still has questions over Joshua's death and that only John Tighe knows what happened to her boy.

Following her statement Justice Patrick McCarthy addressed Tighe and told him: "As prescribed by law I hereby sentence you to prison for life."

Tighe had always maintained that his son's death was accidental, telling gardai that he had carelessly left a wad of tissue within the baby's reach while he went to the toilet. When he returned, he said the baby was choking and must have put the wad into his own mouth.

The prosecution called expert witnesses who said that the child could not have formed or swallowed the wad, which was removed from the child's throat during post mortem. It consisted of two pieces of scrunched-up tissue paper from different boxes, weighed 19 grams and measured 5cm by 3.5cm by 2.5cm.

Evidence during the trial

The relationship, however, had become strained and Natasha moved out only a few months after the birth. They agreed to share custody of Joshua, three days each and they would alternate the seventh day. On May 31, 2013 Natasha and her new boyfriend posted a message to Facebook stating: "Daniel Sommerville and Natasha Sussbier are in a relationship." Tighe collected Joshua from Natasha that evening and on the following afternoon the child choked to death on the wad of tissue.

The prosecution suggested that the Facebook message formed the background to the assault on Joshua, but Tighe told gardai he knew about Natasha's new relationship before it was revealed on Facebook, having seen Natasha and Daniel holding hands.
What happened to Joshua was gleaned from an emergency call made by Tighe, by statements he made to gardai and through forensic and post mortem examinations.

During the emergency call Tighe said he was changing the baby's nappy, went to the toilet, and when he returned the baby was choking and had "gone a bit blue". Nurses told him to hit, slap and tap the baby's back and front and attempt to push the obstruction out by pressing below the baby's sternum.

When Tighe said he could see the blockage they told him to grab it and pull it out but he told them he couldn't and that the baby was not breathing. By the time a doctor arrived, 23 minutes after  Tighe made the call, Joshua was dead. The call was played several times to the jury who could hear Joshua's strained breathing at the start of the call which later faded out.

Natasha, during her statement, said that she can't get the sound of her son taking his last breaths out of her head.
Former Deputy State Pathologist Dr Khalid Jaber carried out the post mortem and found an egg-shaped wad of tissue in the child's pharynx, covering the larynx. It consisted of two pieces of tissue and measured 5.5cm by 3.5cm. Forensic scientist Dr Bridget Fleming found that the wad consisted of two pieces of tissue paper, one three-ply and one two-ply. They each measured 260mm by 300ml and came from two different tissue boxes found in Tighe's home.

Forensic examiners also found Joshua' blood at the scene - on the floor, on the child's baby-grow and vest, Tighe's pyjama bottoms and on a wall. Dr Jaber's report showed that the baby had a tear to his frenulum and injuries to the inside of his throat and tongue. Tighe told gardai that these injuries must have been caused by his efforts to retrieve the tissue by putting his fingers into the child's mouth.

Consultant pathologist Dr Roger Malcolmson said the injuries were "highly suspicious" of inflicted trauma but agreed that it was possible they were caused by the father's efforts to remove the blockage.

The prosecution also relied on the evidence of paediatricians Dr Hilary Stokes and Dr Peter Keenan. Dr Stokes said a child Joshua's age could not have formed the wad with its hands or by chewing. She added that baby's are not designed to swallow something that size in one go, adding: "It is not in any of us to do that."

She said the child's cough and gag reflexes would have expelled it immediately and that in her opinion it would not be possible for an infant Joshua's age to swallow the wad voluntarily.

Dr Keenan said that Joshua could have put a pre-balled wad that size into his mouth and closed his mouth but could not have swallowed it to the point where it was found "around the corner" in Joshua's throat.

Micheal P O'Higgins SC for the defence suggested to the jury that Mr Tighe could have left the pre-balled wad within the baby's reach and, as per Dr Keenan's evidence, Joshua could have put it in his own mouth. He further suggested that Mr Tighe's efforts to remove the wad with his fingers could have caused it to lodge further down the throat.

Justice McCarthy explained to the jury that to be guilty of murder, Tighe must have committed an unlawful act with the intention to kill or cause serious injury to Joshua. Manslaughter would have been the correct verdict if they were satisfied he committed the "physical action" but the prosecution failed to prove beyond reasonable doubt that he had that intention. If he did not commit the physical act, he told them to find him not guilty.

He was convicted on Friday afternoon of Joshua's murder.