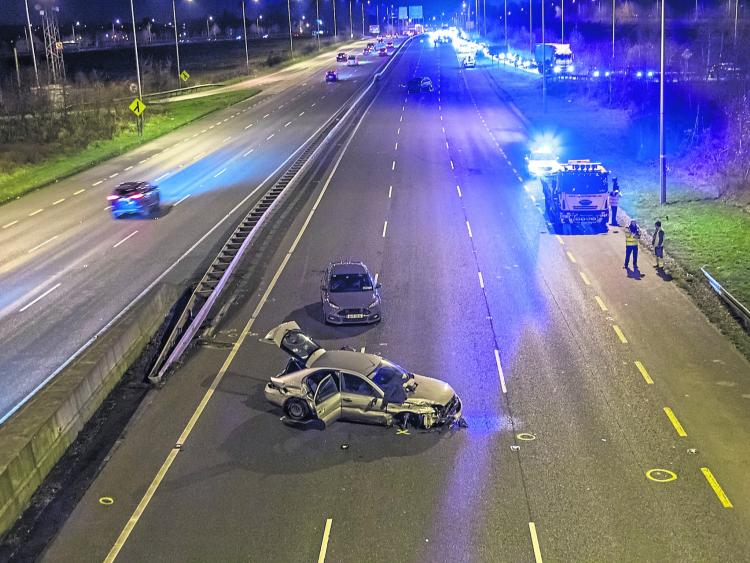 The scene of the crash on the N7 on December 28 PICTURE: Tony Keane

Gardaí at Naas investigating a serious collision on the N7 near Johnstown at approximately 3.45pm on Thursday, December 28 2017 are renewing their appeal for information.

Four young people were arrested at the time after the crash, during which they were being pursued by gardaí are a suspected burglary.

Investigating officers are particularly anxious to speak to any driver who may have dash cam footage of a silver Ford Mondeo car which was allegedly being driven dangerously in the northbound direction - prior to the large collision to contact Naas Garda Station on 045- 884300, the Garda Confidential Line 1800-666-111 or any Garda Station.