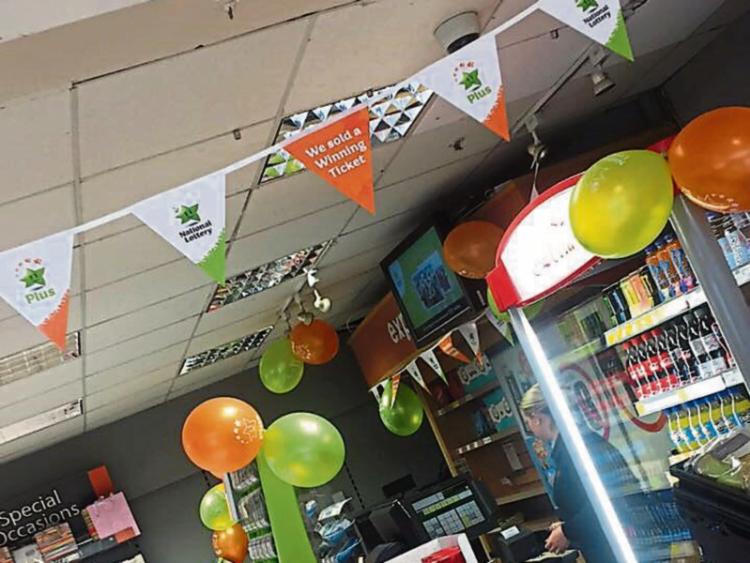 Dunnes Stores in Newbridge sold the winning Euromillions Plus ticket on September 26, 2017

A lucky Kildare woman has today collected half a million from Lottery HQ, after finding the winning ticket at the end of her handbag.

The woman, who wishes to remain annouymous, purchased the Euromillions Plus ticket in Dunnes Stores Newbridge on September 26.

However, she only checked her ticket a couple of days later when her husband had heard on the news the winner was sold in Kildare.

The ecstatic winner said: “I normally check my tickets the day after the draw in the local shop, but on this occasion it slipped my mind.

My husband said to me a few days later he heard on the news that there was a EuroMillions Plus winner in Kildare. It wasn’t until a few more days later again, when I was buying my next lottery ticket, that it dawned on me to scan the old one.

I froze when the shop assistant told me it was a winner and to contact the National Lottery. Once I checked the numbers from the draw I know we won the half a million. It’s an amazing feeling to have this cheque in front of us.

It only hits home when you are looking at all the zeros in front of you!”

The happy couple plan to sue the money to secure their two children’s futures - but they won’t be telling their kids about the windfall just yet.