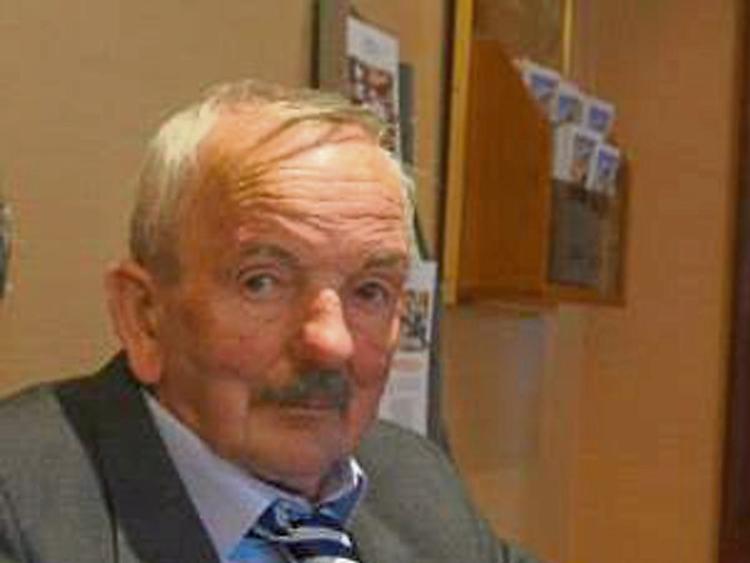 UNIVERSITY Hospital Limerick has apologised after a County Limerick pensioner had to endure the trauma of “hearing the saw that cut the bone in his leg” during an amputation.

On top of this, former publican Peter Stapleton, 77, from Athlacca, and his family were “at breaking point” after it emerged that he picked up a potentially-lethal superbug at the Dooradoyle facility.

As a result, Mr Stapleton “languished in an isolation ward” for three months, according to correspondence with his family and UHL, seen by the Limerick Leader.

Mr Stapleton, originally from Granagh, was treated as an inpatient for severe vascular issues in his right leg at UHL last October.

After a few weeks’ treatment, Mr Stapleton presented as an inpatient once again in November, and was discharged the following month with stents inserted to assist blood flow.

His daughter Lynda, who urged UL Hospitals to investigate her father’s treatment, wrote on April 18 that after his discharge he “suffered immense pain” at home.

In January 2017, the septuagenarian was rushed to the emergency department after he fell and injured himself, all the while “gangrene had set in”, she wrote.

However, during this surgery, Mr Stapleton was not given headphones and was forced to listen to his upper leg being cut off with a saw.

His daughter said in an e-mail on April 18: “This was inhumane and has traumatised him.”

UHL wrote to his daughter on May 29 that this was performed under a local anaesthetic block, and not a general anaesthetic, to “ensure the patient safety is not compromised”.

“The operating theatres do provide headsets for patients for this type of procedure, I do apologise your father was not offered or supplied with headphones as this is normal practice. I am sorry he had to endure this unnecessary trauma and I have advised the theatre nurse manager for this to be addressed immediately,” UHL wrote.

“For him to say it would really upset him, because he would usually get on with things," his daughter Lynda said.

“But he said to me: ‘Jesus, Lynda, that was rough. That was as hard as anything I had ever gone through.’ It is absolutely unbelievable that they allowed that to happen. There is no excuse for that,” she told the Leader.

The family experienced more shock when they discovered that the amputation was cut to the hip. She claimed they were not informed about this by the medical staff, prior to the surgery.

After it emerged that Mr Stapleton had contracted the CPE superbug at UHL, he was then transferred into the 2D isolation ward.

CPE has a 50% mortality rate for those who are infected, while carriers of the bug show no signs or symptoms.

Ms Stapleton said her father’s isolated treatment had a major “personal impact” on the family, and she said that communication was “brutal”.

Ms Stapleton claimed that he was put on a waiting list for rehabilitation at St Camillus’ Hospital for weeks.

“I am unwilling to watch my father languish indefinitely in an isolated infectious ward due to UHL's inability to keep patients safe from MRSA [sic],” she wrote on May 23.

She told the Leader that her mother had to be taken to UHL in recent weeks with “chest pains” as a result of the stress surrounding Peter’s care over the past three months.

“I will never forgive them for that, for the three months they wasted. I don’t know where my Dad would be if there was no one there to speak for him. And there are people on their own, and I really wonder how they would be treated.”

Mr Stapleton was discharged this Tuesday.

After UHL’s looked into Ms Stapleton’s complaints, UHL wrote: “I wish to apologise for your father acquiring this infection and assure you we make every effort to avoid outbreaks, but on certain occasion it does occur and for this I am sorry.”

UHL said that it “apologised that the level of communication on behalf of UHL has been  inadequate in relation to the acquired infection and information” relating to her father’s care.

It added: “I would also like to say I am sorry your father has had to endure such a level of trauma and suffering within UHL” and that it would follow up on his transfer to rehab.

A spokesperson for UL Hospitals Group said that it is aware of family’s concerns and it continues to address them through the ongoing complaints process.

He said there are no restrictions on rehab and physio of patients in isolation, as long as “appropriate contact precautions and strict hygiene are maintained”.

He said that patients in isolation are provided with the same standards of physio as those not in isolation.