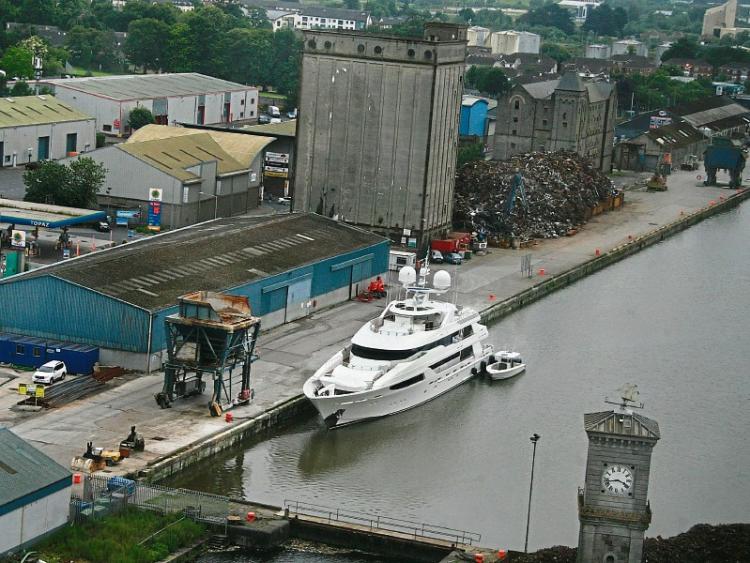 The Wabi Sabi arrived at Limerick Port at the weekend - Picture: Adrian Butler

A €28million superyacht – rumoured to belong to singer/songwriter Elton John – was in Limerick city this having arrived over the weekend.

The 50-metre motor yacht, Wabi Sabi, which can cater for up to 18 guests, was reportedly spotted in Cobh and in Dingle over the past week before arriving at Limerick Port on Sunday.

Several members of the public turned up at Limerick Port in the hope of viewing or photographing the yacht which, it’s rumoured, will remain in Limerick for a number of days. 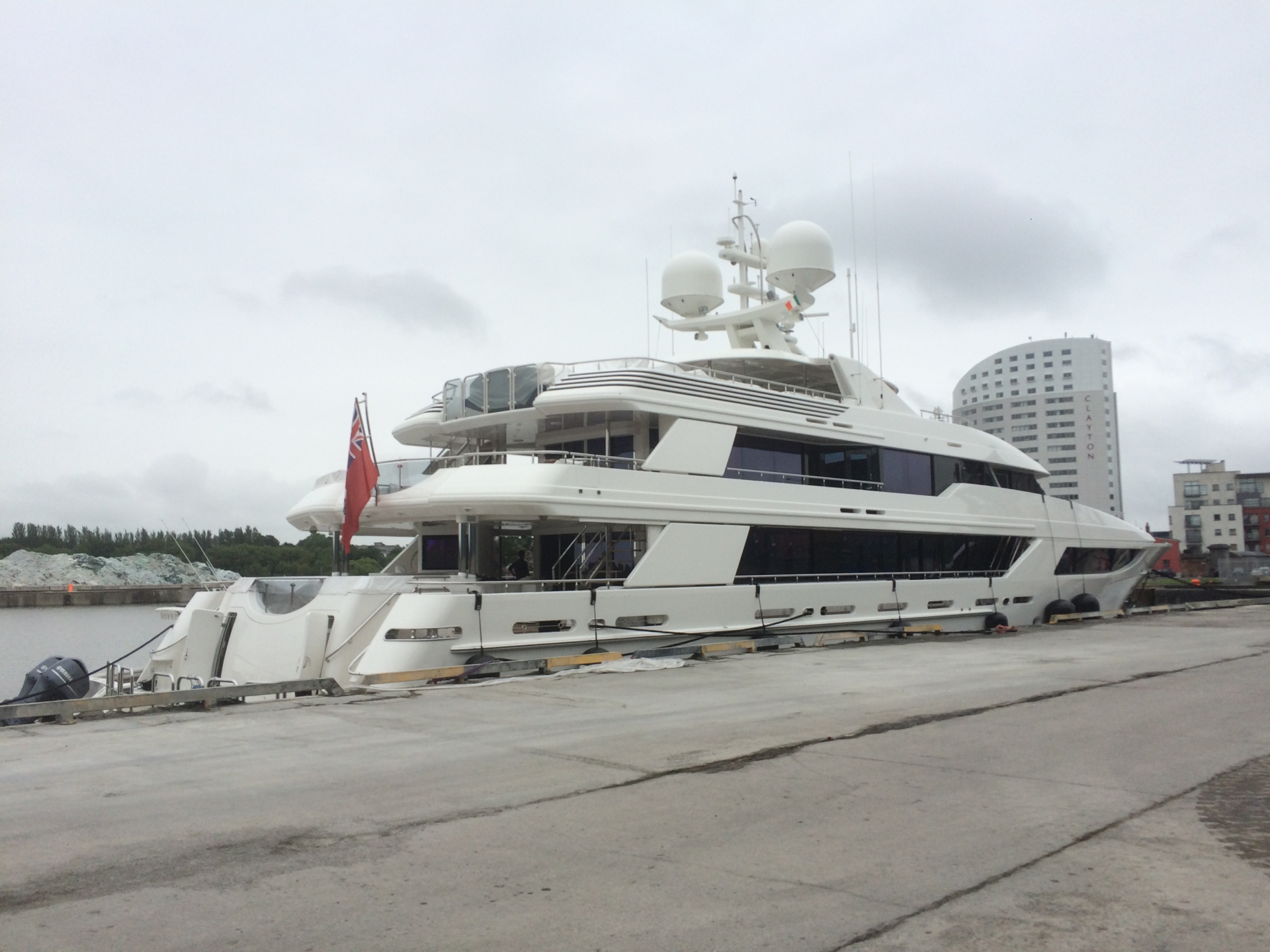 While there has been no confirmation as to who owns the yacht, Elton John did perform at the Marquee in Cork last week.

According to Boat International, the Wabi Sabi enjoys a “versatile layout accommodating up to 18 guests in eight cabins consisting of a master suite on the bridge deck, a VIP suite and a twin cabin on the main deck, and three doubles on the lower deck.” 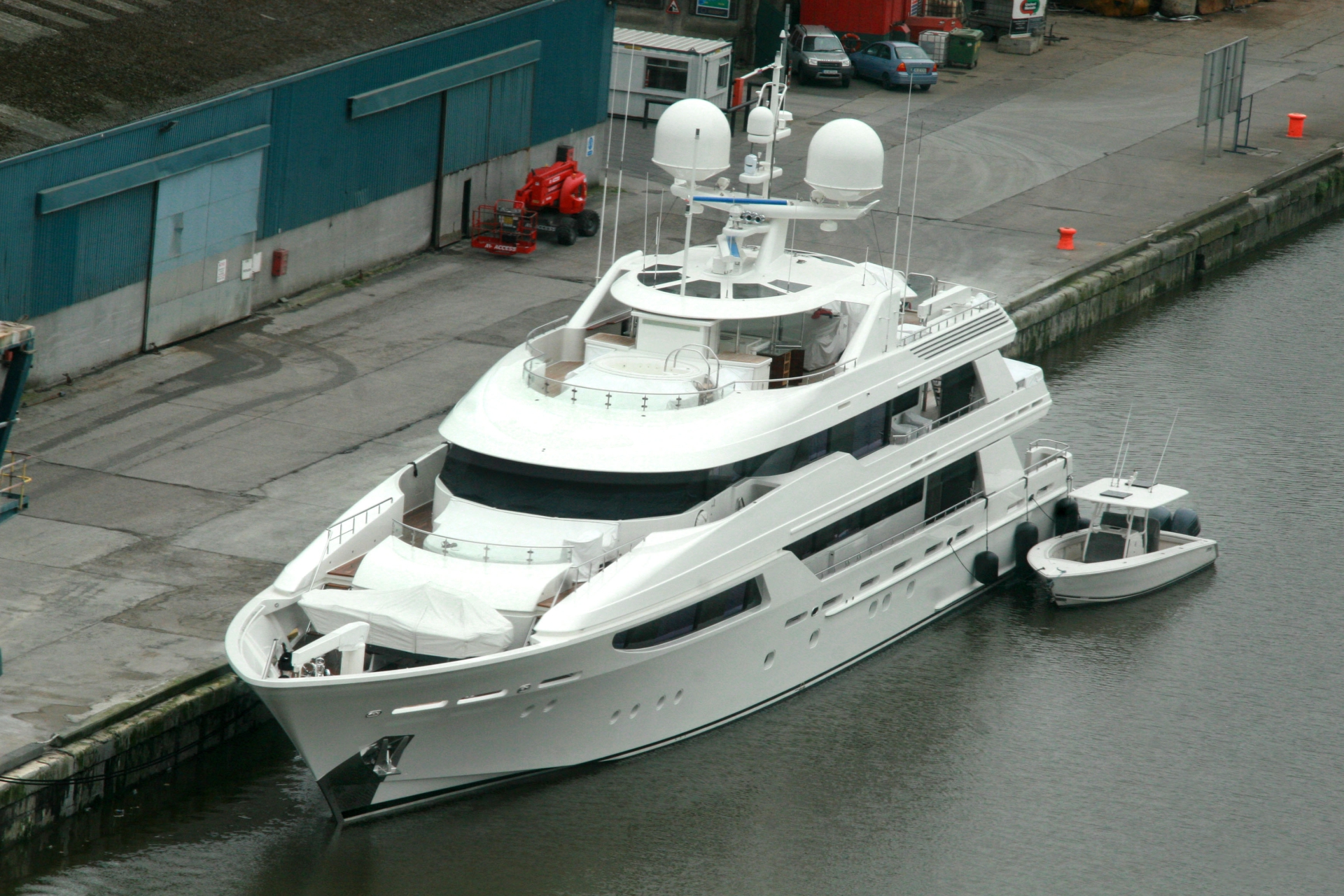 In addition, both the library and the gymnasium can convert into additional cabins.

There is a 50” plasma TV in the main saloon while the formal dining table can seat up to twelve guests.

“On deck, she has several al fresco dining spaces, as well as a sundeck with a Jacuzzi spa pool and barbecue,” states Boat International.