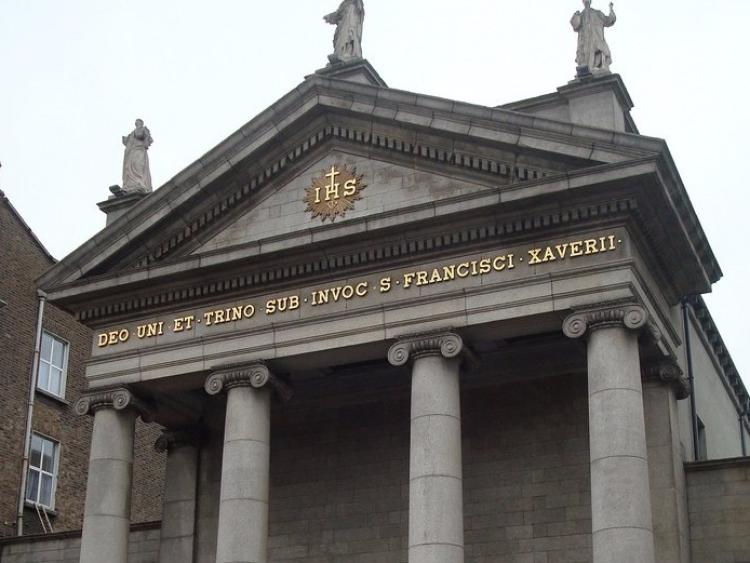 The first ever beatification in Ireland, that of Father John Sullivan SJ (1861 – 1933), took place at 11am today during the celebration of Mass in Saint Francis Xavier Church on Gardiner Street in Dublin.

Beatification, which confers the title ‘Blessed’, means that a man or woman is considered to be truly holy and worthy of veneration by the faithful.  The next stage after beatification is canonisation to sainthood and this takes place in recognition of this holiness by the universal Church.

The principal celebrant and homilist at today’s Mass was Cardinal Angelo Amato, Prefect of the Congregation for the Causes of Saints, and he was assisted by the Primate of Ireland Archbishop Diarmuid Martin of Dublin.  Concelebrants included the Primate of All Ireland Archbishop Eamon Martin of Armagh; Archbishop Kieran O’Reilly of Cashel & Emly; Bishop James Moriarty, Bishop Emeritus of Kildare & Leighlin; Father Leonard Moloney SJ, Provincial of the Jesuits in Ireland; and, Father John Dardis SJ, General Counsellor for Discernment and Apostolic Planning and many Jesuit priests.  The Church of Ireland’s Archbishop Michael Jackson of Dublin, and Bishop John McDowell of Clogher, were present on the sanctuary.

Music during the liturgy was provided by students from Clongowes Wood College SJ.  Soprano Rachael Croash sang Ave Maria and Panis Angelicus.  At the beginning of Mass, Cardinal Amato read the following Apostolic Letter from Pope Francis in Latin, and this was followed by Archbishop Diarmuid Martin who read the text in English:

We, welcoming the desire of Our Brother Diarmuid Martin, Archbishop of Dublin, of many other Brothers in the Episcopate and of many of the Faithful, after having received the opinion of the Congregation for the Causes of Saints, by Our Apostolic Authority, permit that the Venerable Servant of God John Sullivan, professed priest of the Society of Jesus, educator of youth and herald of the Gospel, witness of the love of Christ towards the poor and the distressed, from now on be called Blessed  and whose feast may be celebrated, in places and according to regulations established by law, every year on the 8th of May. In the name of the Father and of the Son and the Holy Saint.  Amen.

Given at Rome, at the See of Saint Peter on the third day of the month of May, on the feast of the Apostles Saints Philip and James, in the year of the Our Lord 2017 and the fifth of Out Pontificate.- Francis

In his homily Cardinal Amato quoted from the submissions of ordinary people to the cause of Blessed John Sullivan.  He said, “Witnesses in the diocesan processes often repeated that Father Sullivan was ‘a poor man among the poor’, ‘the personification of the spirit of poverty’.  Even though he came from a rich family, once he became a religious he was oblivious to comforts and contented himself with that which was purely necessary.  Faithful to the vow of poverty, he gave immediately to others every gift he received.”

Cardinal Amato also referred to an incident when Father John, on one of his customary visits to the sick, encountered a priest already in the cottage visiting.  “The pastor asked him to leave, fearing a dangerous opponent in the ministry.  Upon his brusque command, Father Sullivan knelt down and asked forgiveness.  The pastor was profoundly moved.”

Archbishop Jackson said of Blessed John Sullivan, that he “had a special place in the hearts of all of us who are members of the Church of Ireland and of all of us who have an association with Portora Royal School and Clongowes Wood College.”  He said the day was one of celebration and joy.  “We mark with the Jesuit Order in Ireland and worldwide, along with the Christian Church everywhere, the beatification in the Roman Catholic tradition of John Sullivan SJ.  We do so mindful of the unending need for reconciliation in Ireland and expectant of the abundant grace of God.”

Father Dardis SJ, who is a former Provincial of the Jesuits in Ireland, spoke on behalf of Father Arturo Sosa SJ, leader of the Jesuits worldwide.  Father Dardis referenced Father John’s Anglican background and paid tribute to the Church of Ireland today.

A large portrait of Blessed John Sullivan was unveiled during the Mass and a relic of his hair was brought to the altar.  After the ceremony there was time for prayer and reflection, during which the hundreds of people queued to receive a blessing from the Father John Sullivan cross.  A Mass of Thanksgiving for the beatification of Blessed John Sullivan SJ will be celebrated in Clongowes Wood College SJ in Clane, Co Kildare, on Saturday 20 May next at 7.00pm.