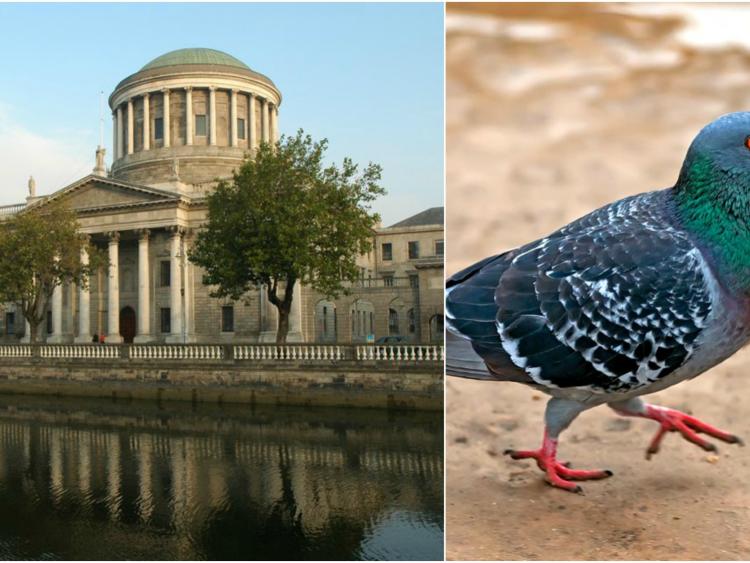 A pigeon racing enthusiast has secured a temporary High Court injunction preventing one of the sport's administrative bodies from suspending his membership of the organisation.

The injunction was secured by Mr Maurice O'Donnell of Crompan View, The Burgery, Dungarvan, Co Waterford, who has been involved in pigeon racing for 48 years.

The action has been brought against members of the Management Committee of the Irish Homing Union National Flying Club, a pigeon racing club which he is a member.

It has also been brought against the Irish Homing Union (IHU) Southern region, which is one of the IHU's two administrative regions.

The IHU governs and regulates the sport.

Mr O'Donnell sought the orders over last month's decision by the IHU's Southern Region to suspend his membership. He claims he has not been informed why he was suspended and by whom the decision was taken.

He claims his suspension is in clear breach of the IHU's rules and very damaging to him personally.

The injunction was granted by Mr Justice Paul Gilligan, on an ex parte basis at the High Court on Tuesday.

The defendants are also restrained from holding a meeting concerning the decision to suspend Mr O'Donnell's membership or any other issues concerning the parties.

The judge made the matter returnable to a date next week.

In a sworn statement to the High Court Mr O'Donnell said he had been on the clubs management committee, but  resigned after relations between him and other members "broke down irretrievably."

He said the problems related to a stance he took over the disciplining of another club member. That person had been disqualified from a race over an allegation Mr O'Donnell said was untrue.

Mr O'Donnell said that he gave evidence on that person's behalf. The other man eventually had the race ban overturned on appeal by the IHU's supreme council.

A second incident related to the spending of the proceeds of a fundraiser.

Mr O'Donnell said money had been raised to buy a vehicle for transporting pigeons, but another person on the club's management committee decided the money was to be spent the weaving of wicker pigeons crates.

Out of frustration Mr O 'Donnell says he resigned from the club's management committee.

In December he said he received an email saying that threats he was alleged to have made against officers and the committee of the club were to be discussed at a meeting.

He said any suggestion he made a threat against members and officers of the club "is categorically and completely untrue and defamatory of him." He was suspended.

As a result he decided to consult a solicitor, and there was correspondence exchanged between him and the management committee. In March he said his suspension was lifted and he was elected the club's President following its AGM.

He had hoped matters were at an end. However in April he was informed by an  IHU Southern Region official that the suspension had been reinstated.

He says not been provided with any reasons or grounds for that decision.

The decision has had an adverse impact on his ability to race his pigeons. His pigeons took part in a race in Co Cork but he was later told he had been disqualified.

No reasons were given to him as to  why he had been disqualified.

He said he has been called to attend at a regional meeting fixed for May 21 to try and resolve matters between him and the club.

He says he fears the meeting has been called simply to affirm what he says is an unlawful suspension.