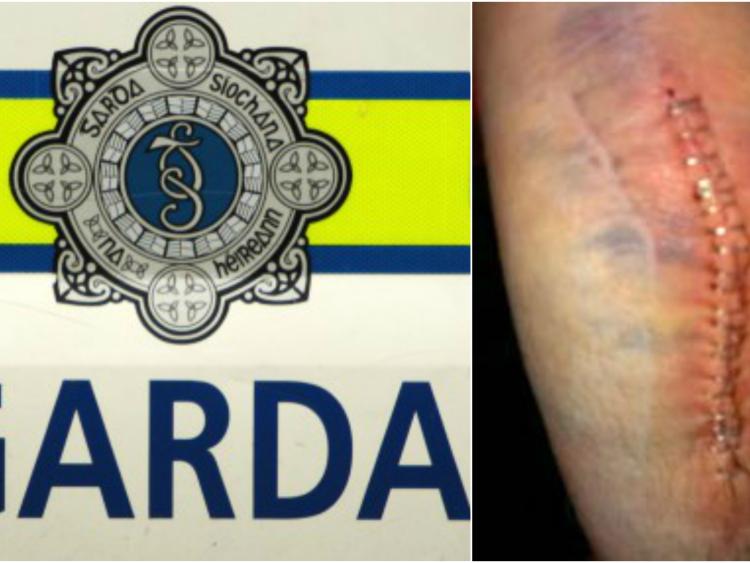 This horrific injury was suffered by an unarmed garda as he grappled with a suspect on the ground, attempting to arrest him.

The garda received 22 staples in the wound around his elbow and was out of work for five months. The photograph of the injury was displayed today during a debate on assaults on garda members in the line of duty at the annual conference of the Garda Representative Association (GRA) in Galway.

Kilkenny delegate Ger Comerford produced the photograph of his unnamed colleague, who was assaulted in 2013.
Comerford said the garda suffered shattered cartilage in his elbow after being pulled to the footpath by the man who was trying to evade arrest.

The suspect was later convicted of assault causing harm, but the GRA want legislation amended so as to create a specific charge of assault against a garda, or any other frontline emergency worker, an offence they want to carry a mandatory sentence of at least a year.

Central executive member, James Morrisroe, of Cavan-Monaghan division, said he had been assaulted five or six times during 21 years in the force, and although the GRA weren't trying to "tie the hands" of the judiciary, he did think a prison term for such offences was reasonable.