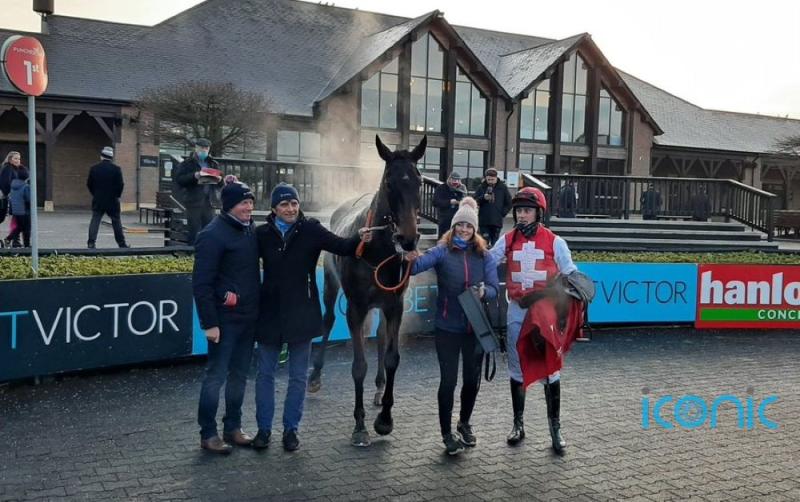 Wexford trainer Paul Nolan is excited to see how far Sandor Clegane can go after providing the yard with a much-needed boost at Punchestown last weekend.

A week on from the heartbreak of seeing stable star Latest Exhibition suffer a fatal injury in the Hatton’s Grace Hurdle at Fairyhouse, Sandor Clegane made a hugely impressive debut in scoring by 15 lengths.

Nolan is keen to give the son of Fame And Glory another run to see whether he can earn himself a crack at the Champion Bumper at the Cheltenham Festival in March.

He said: “The horse is owned by the same connections as Latest Exhibition, he’s a young horse and if we can keep him in one piece he looks like he has a bright future.

“You can question the depth of the bumper he won, but it’s the manner of his performance and the way he did it that you’d have to be very pleased with.”

The victory came as no surprise to the Enniscorthy-based trainer, who added: “We were expecting a big run. We don’t win many bumpers, so you couldn’t be too confident, but we bought him off what we thought was a very good piece of work and thankfully it turned out to be.

“He’s five in a month’s time, but he’s a tall, laid-back horse and we’ll look at a winner’s bumper with him rather than look to go jumping with him right away.

“Christmas might be a little too soon, but we’ll keep our options open. You’d certainly love to do it on the track again before you’d consider going to Cheltenham in March.

“Barry (O’Neill) thinks he’ll come on loads from Punchestown and was adamant another run would bring him on even more mentally.

“We’re very pleased and we’re not going to rush anything, but the owners were thrilled with his performance and we’re hoping he’ll kick on.”

The Pertemps Final winner finished a well-beaten fourth stepped up in class for the Long Distance Hurdle at Newbury last month, but Nolan feels she is better than she showed.

He said: “There’s no point in saying we were happy enough with how she ran because we weren’t.

“She’s a mare that seems to improve when she gets a bit of sun on her back in the spring.

“Nicky Henderson’s horse (On The Blind Side) finished second and we were beaten by him in a photo-finish in Cheltenham last November, so on a line through him I didn’t think we ran our race.

“She’s entered in Leopardstown over Christmas. We’ll make our minds up closer to time, but that would be the plan at the moment.”