‘Homeowners being treated like chancers in crumbling blocks scandal’ 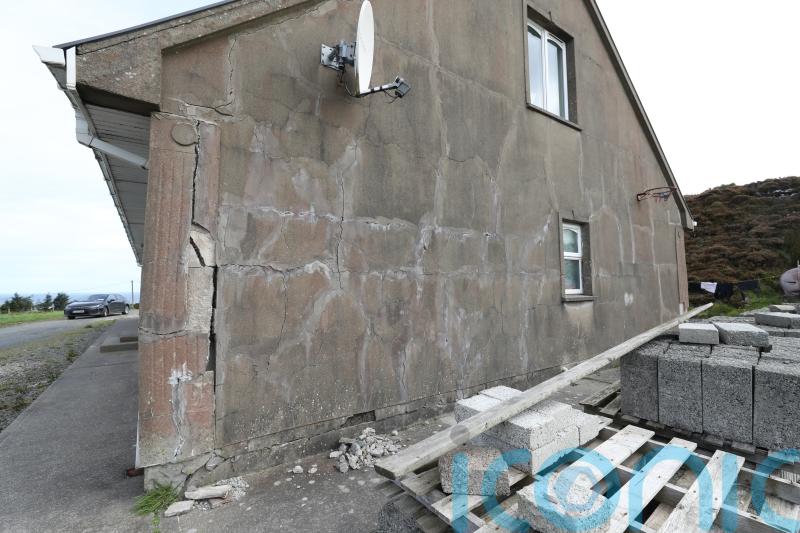 Victims of Ireland’s crumbling blocks scandal have been made to feel like “chancers” who want “something for nothing” under the Government’s redress scheme, a committee has heard.

Politicians have been warned the problem of defective building blocks could emerge in every county across the country, with one expert describing it as a “ticking timebomb”.

The Oireachtas housing committee was sitting for a marathon seven-hour evidence session on the Government’s new defective blocks bill on Thursday. 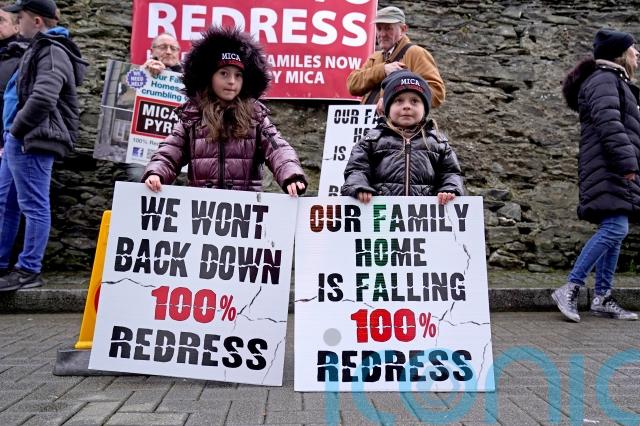 During one section, people directly affected by the scandal told TDs how it has caused “toxic anxiety” and sleepless nights for homeowners amid the fear their house will become dangerous over time.

Defective building blocks containing excessive deposits of the minerals mica and pyrite have seen thousands of properties start to crumble across the country.

Dr Martina Cleary, founder of Clare Pyrite Action group, said the news that your home is affected in such a way “hits you in the gut”.

She told the committee: “It’s a sickening, prolonged toxic anxiety.

“It involves sleepless nights and lying awake wondering how long you have, how much time before your home becomes dangerous.”

She warned TDs: “I will say to the eminent members of our committee here today that this problem may not yet be in your county, but it’s coming.

“We currently know of defective concrete blocks are suspected in 12 counties along the western and eastern seaboard.

“It’s very likely in all of them, every single county.”

Scientist Dr Andreas Leemann said research had shown that it can take anywhere between three and 20 years for signs of damage to become apparent.

He told the committee it can depend on how moist conditions are as well as on the quality of the concrete. 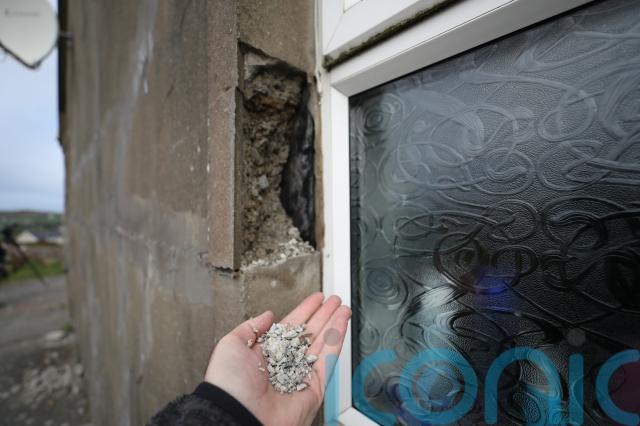 He said: “Some foundations might well have no problem, but others are surely a ticking time bomb.

“And you don’t know exactly when it will go off, due to difference in pyrite, pyrrhotite (another mineral) content, concrete quality, exposure conditions.”

It has been estimated the cost of a compensation scheme for affected homeowners could top three billion euro.

Michael Doherty, public relations officer of the Mica Action Group Donegal said they had identified 35 different issues with the Government’s general scheme as it stands, making it “unworkable”.

Listing some of their concerns, he said the scheme does not allow for the inclusion of other deleterious materials like pyrrhotite or for the testing of foundations, something he warned could end up “ultimately costing the state more in the long run”.

He said there is a significant difference between eligible costs under the scheme and true costs, arguing that there is no allowance for the replacement of foundations or for other defective block structures, like walls and garages which he said could be “equally capable of killing members of our young families as they subside and fall over time”. 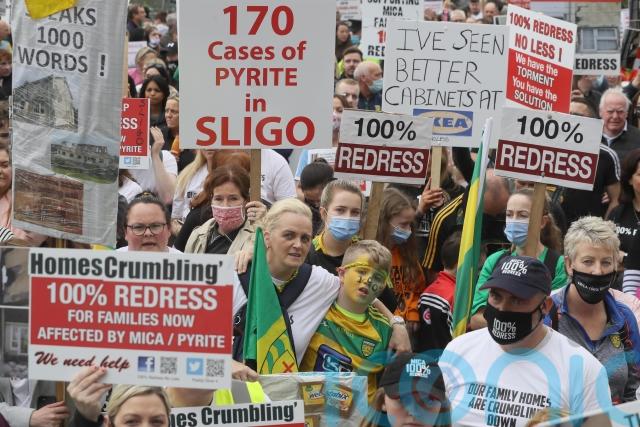 He told the committee: “Real costs versus allowable costs at current rates represent more like an 80% grant.

“This leaves homeowners out 10s of thousands of euro, a shortfall we simply cannot afford.”

Campaigners have been arguing for 100% redress for the problems.

Mr Doherty insisted homeowners should be allowed a penalty-free downsizing option that would allow the Government grant, based on their current home size, to be redirected to building themselves a smaller home for the money.

He said Government was instead proposing to provide a smaller grant which would still leave homeowners facing costs of tens of thousands of euro, “still trapped and unable to afford a rebuild”.

He said efforts to come to an agreement over the scheme had been “thwarted and stymied by the attitude and actions of the department”.

He added: “And we soon realised that we were seen less as victims, but instead more like chancers or opportunists looking to get something for nothing.”

Rental homes, properties owned by buy-to-let landlords, retirement homes and those occupied by vulnerable adults that are not classed as “principal private residences” all deserve to come under the scheme, he said.

They are all “equally innocent victims of unfit products entering the market for years”, he said.