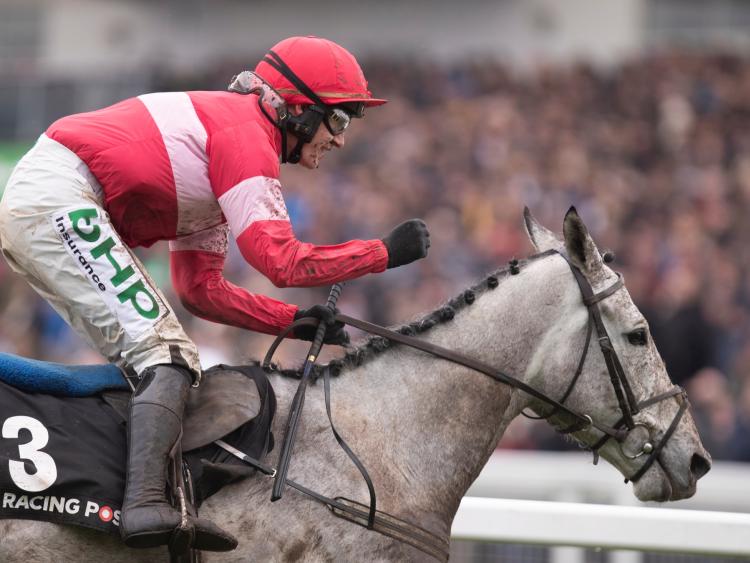 Three of this year’s Cheltenham Festival winners are among a top-class list of entries for the Grade 1 Ryanair Gold Cup on the opening day of the Fairyhouse Easter Festival on Sunday, April 21.

In what promises to be one of the races of the season, the Philip Hobbs-trained Defi Du Seuil, successful in the JLT Novices’ Chase could find himself up against runaway Cheltenham heroes Duc Des Genievres and A Plus Tard, trained by Willie Mullins and Henry De Bromhead respectively.

Duc Des Genievres scored a 13-length success in the Grade 1 Arkle Chase under Paul Townend while Rachael Blackmore coasted to a 16-length victory on A Plus Tard in the Close Brothers Novices' Handicap Chase at Prestbury Park. Chris’s Dream, winner of the Grade 2 Ten Up Novice Chase at Navan in February has also been entered by De Bromhead.

Mullins won the race for the first-time last year with subsequent Gold Cup winner Al Boum Photo and included among the 10 entries he’s made this time is the hugely promising Chacun Pour Soi, a horse that impressed on his Irish debut with a 31-length success in a beginners’ chase at Naas earlier this month. Grade 1 runner-up Getabird is a further notable entry from the champion trainer.

Gordon Elliott is another with a team of ten in the early mix and chief among them is his dual Grade 1 winner and RSA Insurance Novices' Chase third Delta Work. Hardline, sent off favourite for the Arkle Chase at Cheltenham, and Champagne Classic, who was just behind Chris’s Dream at Navan last time are also entered.

In addition to Defi Du Seuil, the raiding party from Britain might also contain the Kempton Grade 2 winner Bags Groove, trained by Harry Fry. The Mick Channon-trained Glen Forsa, last seen losing his unbeaten record over fences at the Cheltenham Festival, could also take his chance while Kim Bailey’s Vinndication has ground to make up on Defi Du Seuil, but this Grade 2 winner is certainly worthy of his entry.

Cheltenham form is also likely to have an impact on the Grade 1 Irish Stallion Farms EBF Mares Novice Hurdle which has attracted the first four horses home in the Grade 2 Mares Novices' Hurdle at the Festival.

Willie Mullins scored a 1-2 with Eglantine Du Seuil and Concertista and they were chased home by the Gordon Elliott-trained pair Tintangle and Black Tears. Elfile was sixth in the same race and is another of the 14 entries from Closutton.

Jonjo O’Neill has made an entry for Annie Mc, an easy winner at Newbury last weekend and a second British-trained entry is Queenohearts, trained by Stuart Edmunds, last seen finishing tenth in the Mares Novices Hurdle at Cheltenham.

Peter Roe, General Manager of Fairyhouse Racecourse, said: “Our twin feature races on Easter Sunday are firmly established as key events in the jumps calendar and we are delighted with the strength and depth of entries for both. Last year’s Ryanair Gold Cup winner Al Boum Photo went on to claim the Magners Cheltenham Gold Cup and the race was one of the most informative novice chases of the season. To have three Cheltenham novice chase winners entered for the Ryanair Gold Cup is a great testament to the race."

“The Grade 1 Irish Stallion Farms EBF Mares Novice Hurdle has attracted the first four home from the mares’ novice hurdle at Cheltenham and it will be intriguing to see how they fare against the impressive Honeysuckle which won her maiden hurdle here at Fairyhouse in November and returned to the course to land the Solerina Hurdle at the end of January.”