Primary school students from around Offaly have been rewarded for their business endeavours by the Local Enterprise Office Offaly as part of its "Most Enterprising Student" initiative.

CLICK ON NEXT TO GO THROUGH THE GALLERY OF PICTURES 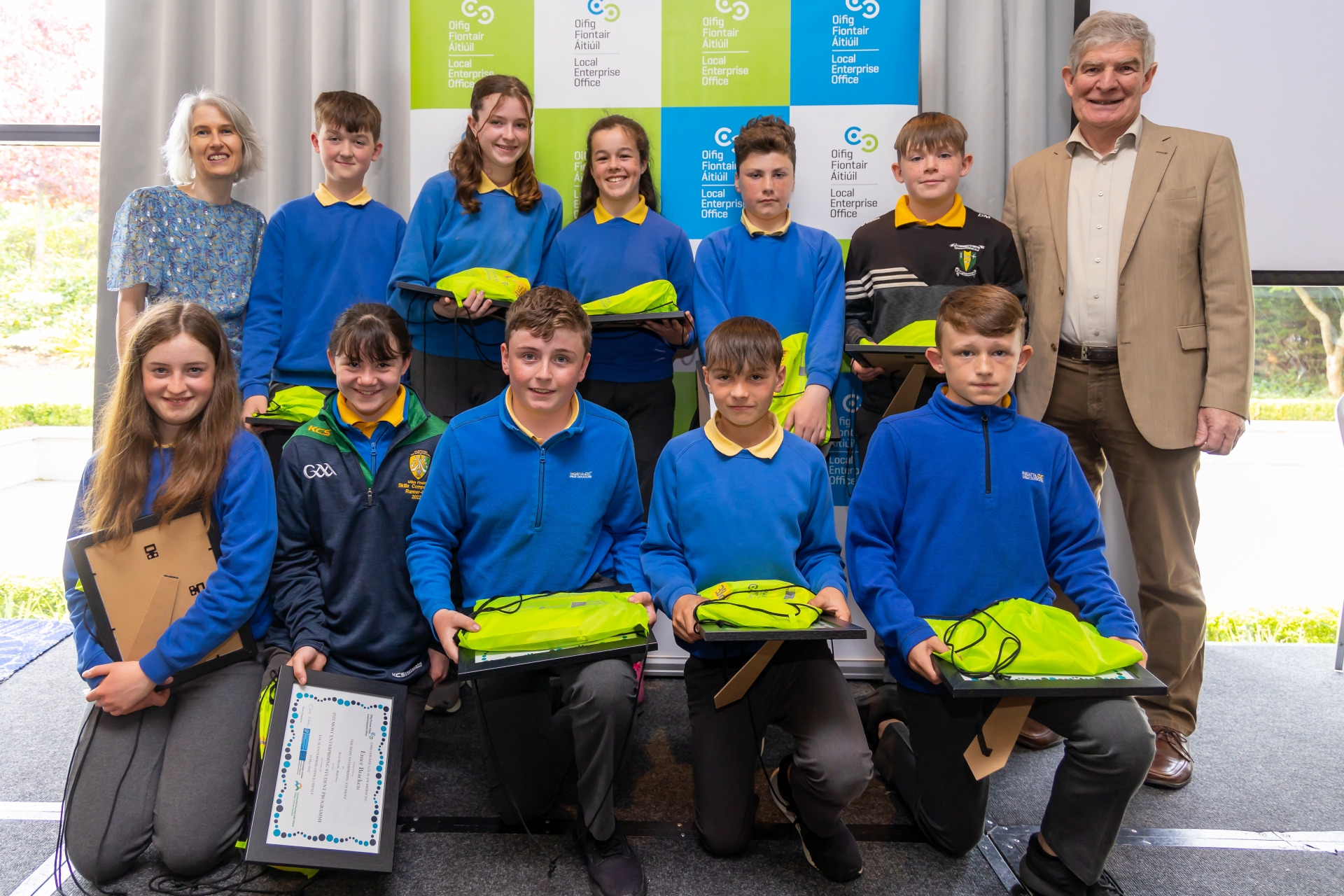 Many of the schools who entered the competition held an “Enterprise Day” where the students designed, made and sold their products. The school then chose their winner from all the students who participated. This often proved very difficult as the wealth of business talent was exceptional.

The awards were presented at a ceremony in the Tullamore Court Hotel on Monday, May 23 by Pat O’Gorman a member of the Local Enterprise Office Evaluations Committee.

Mr. O’Gorman praised the students and their teachers and parents for all the hard work that went into the student enterprises and encouraged the students to continue with their business ideas and reminded them that all great businesses start off as an idea and with hard work can turn into a business that can grow and employ people.

Mary McIntyre from Offaly Local Enterprise Office told the students how delighted she was to meet Offaly’s next generation of entrepreneurs. She said she was very impressed with the products, displays and business skills. She reminded them that through the Most Enterprising Student Initiative, they would have learnt so much including: Business Planning, market research, marketing and team work which will help them in their future careers and hopefully, for some of them it will encourage them to consider self-employment as a career choice.

The children who were nominated had the opportunity to display their products at the awards ceremony and also to sell on the day. A lot of business was done with many stands completely selling out! Some examples of the businesses run by students include free range eggs, home baking, crafts, bicycle repairs, handmade jewellery & gifts.

Each school nominee was presented with a prize pack including a €50 book token and framed certificate.

This year 12 schools entered the competition and nominated their Most Enterprising Student or Students.

The nominated students are as follows:

Congratulations to all of Offaly’s Most Enterprising Students. The Local Enterprise Office Offaly would like to express its sincere thanks to the teachers, parents and principals for their involvement in the scheme.

CLICK ON NEXT TO GO THROUGH THE GALLERY OF PICTURES