Toyota’s C-HR is the future 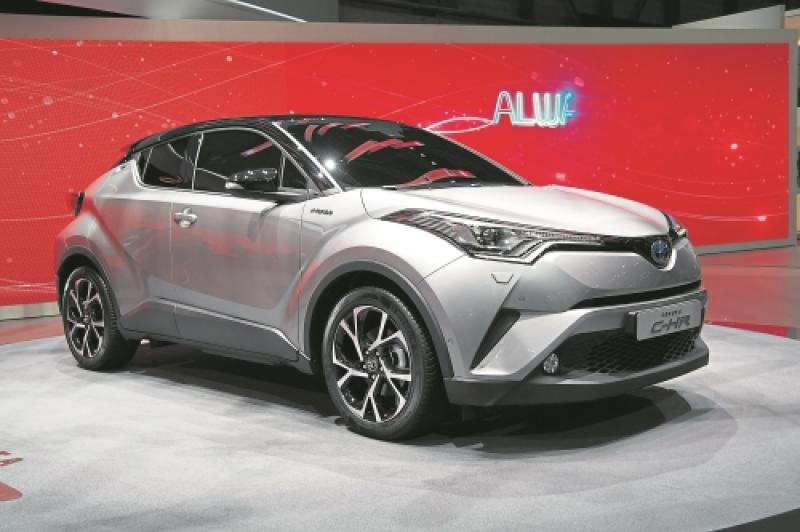 The Toyota C-HR is a subcompact crossover SUV, which is a true statement, but also impressively manages to include three of the buzzwords which have infected the motoring world in the recent past — namely 'compact', 'crossover' and 'SUV'.

In reality, that means that height-wise it’s somewhere between a regular car and a Qashqai.
It has, vaguely speaking, a sports-jeep-like design language. It’s called an urban cruiser, and that’s really what’s going on here.

It’s a city car for people who like the idea of a city car but who would prefer if a city car was tiny. It’s a stylish looking mid-sized hatch back that gets, by virtue of a hybrid engine, good miles to the gallon.

There is homogeneity across this modern world. Entire populations are concentrated (everywhere in Ireland) in urban spaces.
And numerous urban spaces are joined together by motorways.

What we like to call a ‘country boreen’ is becoming a thing of the past in reality, or at least in the general consciousness of the marketing director of your average car manufacturer.

Anyway, like all car companies, Toyota has realised that the modern car needs to perform well in city streets and on motorways.

Unlike most other car companies, Toyota are essentially being upfront about that — and I’ve a suspicion that that is a good strategy.
But what does it mean when it comes down to the brass tacks of driving the thing?

I’ll be straight up with you, I’ve done big miles in automatics and I’ve never gotten to a point where I felt the driving experience was as direct as that in a car with a manual engine. So much of the nuance and predictability is lost, I feel.
But then, I’ll be the first to say that if you’re going to spend time sitting in traffic, then a hybrid automatic is the one to have, rather than having to go up and down through the gears all the time.

But back to the CR-H, there was a bit of noticeable poke. It’s sturdy and set on bends and cruises along nicely at motorway speeds without complaint.

It was comfortable and high tech inside, with displays showing you, for instance, the power management system — and all the other bits and pieces you get on these central consoles these days (including rear reversing cameras etc).
The interior materials were quality and subtle.

The space in the back seat was fine, without being enormous, and the boot was ample also — it’s Ford Focus/Qashqai territory all-round.

Prices range, roughly speaking from the €27k to €33k mark, depending on the version you get or extras.