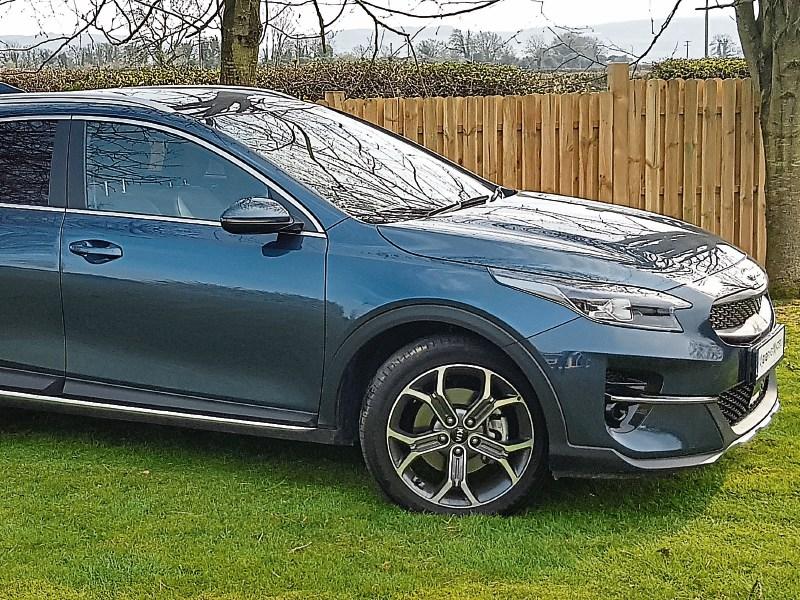 The XCeed PHEV joins the Niro PHEV, which is currently Ireland’s best selling plug in hybrid,and the Kia full EV models eSoul and eNiro. The Kia alternative energy offering will be extended later this year with the introduction of a PHEV variant of the all new Sorento.

The XCeed PHEV is capable of travelling up to 54 kilometres on zero-emissions electric power (NEDC combined cycle). This capability enables drivers to complete the majority of daily drives and short commutes on electric power alone. The PHEV is equipped with Kia’s new Virtual Engine Sound System, an audible warning system which activates in electric-only mode at low speeds or when reversing. The system generates virtual sound levels of up to 59 dBA to safely notify pedestrians of the car’s presence.

Like its gasoline and diesel counterparts, the XCeed Plug-in Hybrid has been engineered exclusively for European roads, with European buyers in mind. The ride and handling characteristics have been tuned to elevate it over predecessors in terms of dynamism and driver engagement.

The fully-independent suspension system provides drivers with agile and immediate handling responses. The ride has been developed on Europe’s wide variety of road surfaces, remaining comfortable while giving drivers the confidence of close body control under cornering and maximum stability at higher speeds. The suspension and steering has been subtly tuned compared to gasoline and diesel versions. Exclusive to the Kia XCeed, the Plug-in Hybrid model features the same front suspension hydraulic rebound stoppers as its gasoline and diesel counterparts.

The rubber bump-stop floats in hydraulic fluid within the shock absorbers, providing a compliant ride over poor surfaces. The car has been designed to absorb even large suspension shocks with a smooth and progressive response, preventing the body from bouncing as the suspension settles itself after rapid compression. It also contributes towards more responsive steering and improved overall body control, while reducing noise from the suspension over bumps.

Intelligent powertrain packaging and everyday usability. The Ceed model line-up was engineered from the start to accommodate new hybrid powertrains. This means that the adoption of a plug-in hybrid powertrain in the Kia XCeed has had a minimal impact on packaging, with the structure adapted from the start to contain the powertrain’s battery pack. The 8.9 kWh battery pack is located alongside the 37-litre fuel tank beneath the rear bench, unlike many other plug-in hybrid vehicles, in which the battery pack takes up valuable cargo space.

Luggage capacity in the Kia XCeed Plug-in Hybrid is 291 litres, growing to 1,243 litres with the rear folded down.There is a dedicated space beneath the boot floor to store the charging cable when not in use.

Built in Europe, for Europe, the new Kia XCeed Plug-in Hybrid is produced at Kia’s European manufacturing facility in Slovakia. The new model is built alongside other Ceed models on the same production line and is covered by Kia’s unique seven-year, 150,000 km warranty as standard.