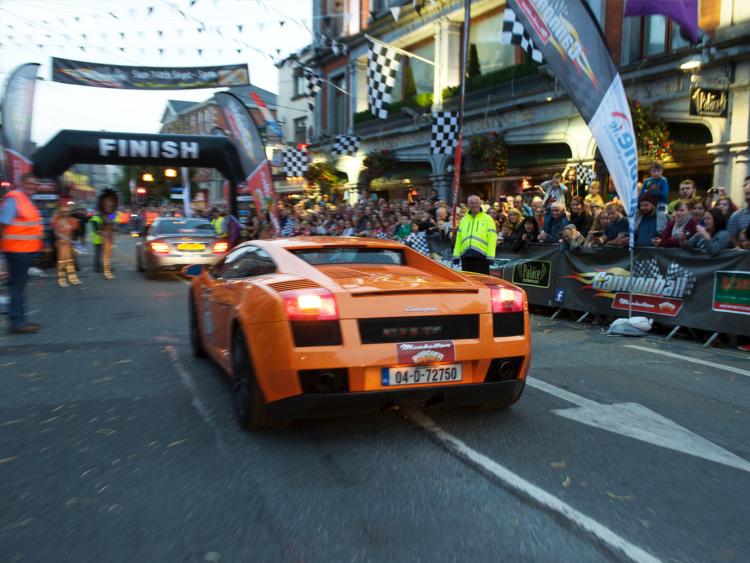 REVEALED: Finish line of spectacular Cannonball car run to be in Offaly in 2019

It has been revealed that on Sunday, September 8, 2019 at 6pm, the famous Cannonball supercar run will come to Edenderry in Offaly for the first time.

Edenderry has been chosen to host the spectacular finish line of the supercar event after a detailed submission was sent by the newly formed Edenderry Chamber of Commerce who are planning a weekend festival around the event.

Spectators will get up close and personal with 190 of the finest cars on the planet, from Ferraris to Lamborghinis, and enjoy the unique festival atmosphere that Cannonball is renowned for.

Offaly has always given Cannonball a huge welcome. Over 10,000 people flocked to the Barack Obama Plaza to see the supercar spectacle in 2017 while Tullamore has also hosted the finish line of the event.

Now in its tenth year, Cannonball has raised almost €960,000 for Irish Charities and this year, proceeds will go to ISPCC Childline.

Top mark cars including McLaren, Lamborghini, Ferrari, Aston Martin, Porsche, Masseratti, Rolls Royce and Bentley worth an estimated €32million will drive through almost 1,000 kilometres of Irish open roads, before all converging on Edenderry on September 9 next year.

Cannonball is the brainchild of Kildare Businessman and AB Signs proprietor, Alan Bannon and the benefit to the Irish economy of this event is estimated at €2,567,000 per year.

With 3 National Awards and 4 nominations this year, this Supercar event shows no signs of slowing down and is now gearing up for the US in October and Europe next summer.

Bannon is also planning a Retro Cannonball next year which will feature classic cars for the first time.