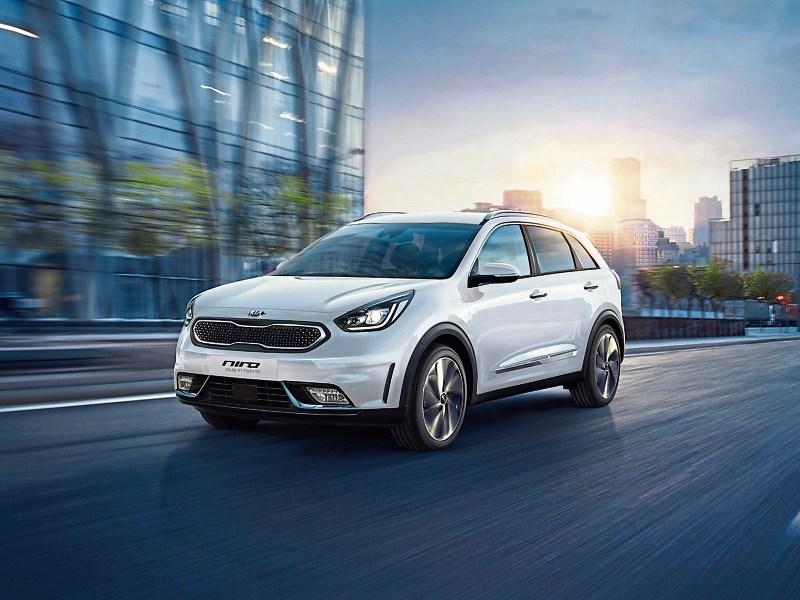 Kia have an ever expanding range of SUV/Crossovers including the Sportage, Stonic and Niro.

The Niro range has now expanded to include a Plug-In Hybrid which is the car on test this week.

However unless on a long trip this battery never really fully charges this the range on electric power is minimal.

Has It Got Any Street Cred?

Unlike some of its rivals the Niro does not have that “eco car” look.

Thankfully it looks just like a neat and tidy compact crossover.

Kia have used chrome detailing and neat roof rails to give the Niro a more distinctive style and it works I like it!

The cabin is roomy and will actually seat five adults at a squeeze and four with absolute ease.

The boot which is accessed via the large rear tailgate is a reasonable size though you loose the space saver spare wheel as the battery pack sits in there.

Standard equipment is as you have come to expect from Kia, comprehensive.

My only gripe was I did not like the clumsy foot operated parking brake.

What is under the bonnet?

The extra weight of the batteries is evident in the sedate performance but overall its satidsfactory.

It takes about 2.5 hours to charge the battery to full and from that you get a realistic range of around 50km.

Of course if you run the hybrid battery to empty you can drive as long as you have petrol on the petrol engine only.

Will I enjoy driving it?

The Niro PHEV rides and handles well and noise levels are commendably low.

I don’t think you will ever run out to drive it just for the hell of it, but that apples to its rivals also.

Its comfortable and refined. In short then it does what it was designed to do.

So what is the verdict?

If you drive long distances a plug-in hybrid is not for you. After all your carrying around all the extra weight of battery and electric motor to rarely use it as on the motorway the engine is propelling the car.

If you commute or drive under 50km trips the PHEV can be very cost effective.

Short trips, a quick 2.5 hour recharge and your off again on pure electric power but with the knowledge that the petrol engine is there if you need it.

Honestly though you need to be committed I found myself not bothering to look for somewhere to re charge it and so often did not make use of the emission free motoring of a PHEV.