Anger expressed over state of roads in Offaly

Locals have been venting their disgust 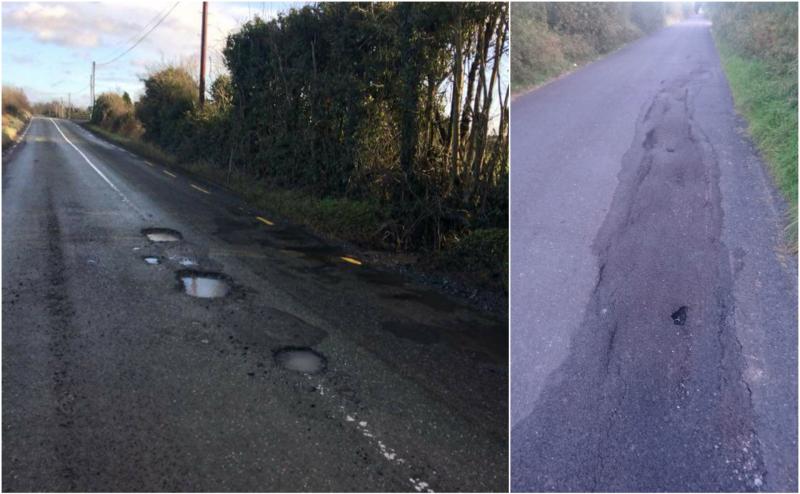 Anger expressed over state of roads in Offaly

Locals have been venting their anger at the deteriorating conditions of roads throughout the county as bad weather serves to highlight the growing issue.

Speaking this week Cllr. Martin O Reilly, a Sinn Féin Councillor based in Daingean, stated that the current condition of the roads in Offaly has further compounded the need for increased central government funding to address the specific needs of the road network in Offaly.

Cllr. O Reilly stated that "over the winter we've seen primary roads deteriorate. Previously it was mostly busy secondary roads, but now it is our main roads too, such as that from Daingean to Ballinagar and Ballinagar to Tullamore."

"Even though the members of the Edenderry Municipal District met with Minister Ross on this matter, I'm concerned that little will come of this, but I hope to be proven on on that," he added.

Cllr. O Reilly stressed, "our roads are built on bog and I can see them sunken, cracked and scarred with re-occurring potholes. This isn't about how well a road looks, but rather it is about safe driving conditions."

"I've witnessed people dangerously try to avoid potholes at the last moment on busy primary roads or drive into large potholes causing blowouts to tyres. The nature of this issue will only get worse as the roads continue to fall into poor repair and we need this matter seriously addressed. This is not a reflection on outdoor council staff, but rather a resource and funding issue," Cllr O'Reilly stated.

"The funding we get in North Offaly alone is not enough. While I understand that every rural county may ask for increased roads funding, Offaly is a county with many roads built on bog and this is causing them to become structurally unsound."

Cllr. O Reilly concluded by stating that this matter needs to be resolved with cooperation between senior council officials and the relevant department officials.