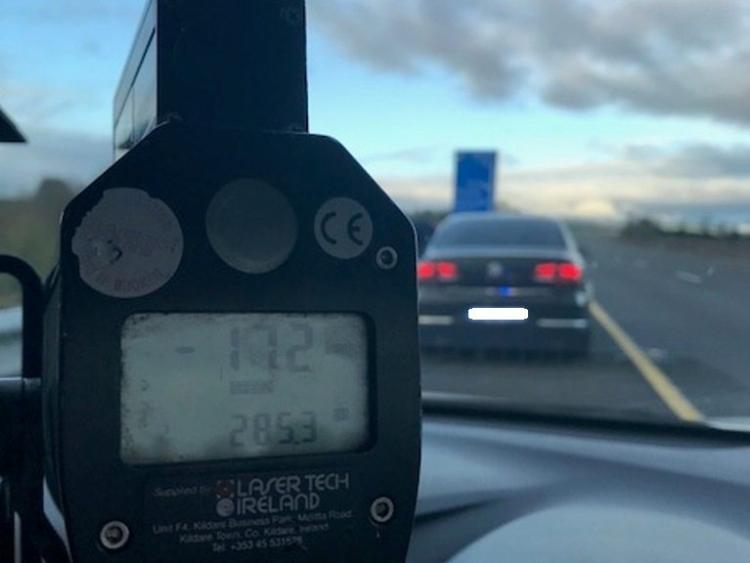 Motorist clocked at 172kph on the M7

Gardai today caught a motorist more than 50kph over the speed limit on the M7 near Nenagh.

The speed checkpoint was part of the Bank Holiday Weekend Operation being conducted by Gardai across the country.

The motorist was detected at 172kph.