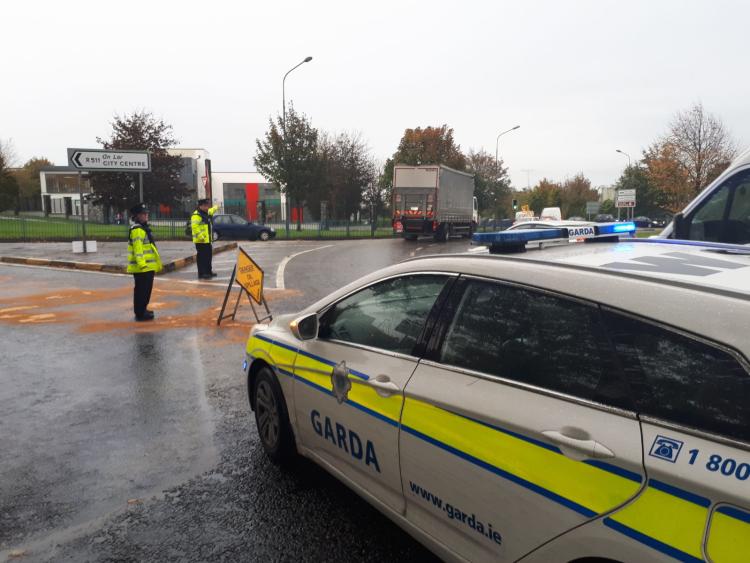 A MAJOR fuel spill in Limerick is now being treated as a "city-wide" event due to the nature of the spillage.

The fuel spill on the on N24 Ballysimon flyover has caused the road in the Ballysimon Junction to Childers Road-Tipperary roundabout and Roxboro Road area to be “extremely slippy”, but the effects are being seen as far away as Coonagh.

There have been several road accidents as a result and motorists are advised to proceed with extreme caution.

Three fire crews are in attendance along with gardai and ambulance personnel and local authority crews are applying grit to the fuel spill.

A garda spokesperson said: "Roxboro Road and Childers Road are to be avoided at the moment. We're working on clearing the spill. Those roads are closed. We're hoping it won't be too long. We just want to warn motorists to be careful."

One motorist driving on the Roxboro Road said some were getting out of their cars to check their steering.

"I actually thought there was something wrong with my wheels too. Luckily there was a big back-up of traffic so everyone was moving slowly. When I got to the left turn for Carey's Road I had to turn the steering wheel right around to make it. It is fierce slippy," they told the Leader.

Another roadside witness said traffic was "manic" on the Childers Road.

Gardai are directing traffic in the area and there are a number of ambulance crews in attendance.

#LIMERICK Fuel spill on N24 Ballysimon flyover and on the approach. Take extreme care as conditions are slippery https://t.co/KtdooVrNgc