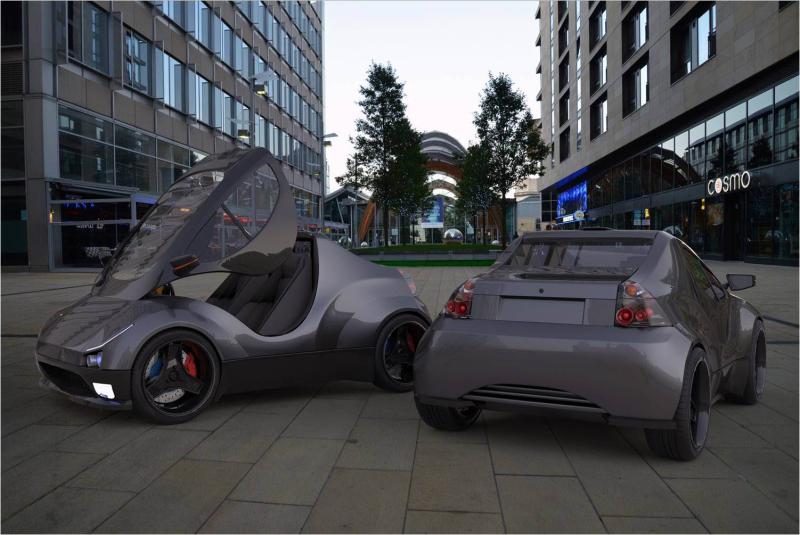 The Alex Eroadster car is a new electric car under development that will be built by Fintos Electric Cars here in Ireland. This project is now into its 3rd year of design and research.

Lead engineer on the project is Limerick man Mike Keane. Mike was formerly head of engineering at Williams Engineering (Williams F1) in the UK. He brings a wealth of knowledge and experience as well as some of the performance pedigree of Williams to the project.

While with Williams he headed teams working on electric prototype cars for Aston Martin, Jaguar and Nissan. He was also lead engineer in charge of building 5 stunning Jaguar C-x75 stunt cars (the Bond villains) for the James Bond film Spectre in addition to heading the team that built the amazing Nissan Bladeglider showcased at the Rio Olympics.

The Alex eroadster is an ultra-lightweight 2 seater electric car capable of high performance and long range. “It will be built mostly of carbon fibre and other lightweight composites. By using these lightweight composites the team will get a very light body/chassis combination and thus extend greatly the range of the car” said CEO of Fintos, Tom Finnegan. “A double floor running the full length of the car will be used to store the advanced lithium-ion cells that power the twin AC axial flux motors driving the rear wheels. As it is a low volume “niche” car some of the body panels as well as other internal components will be 3D printed”, said Finnegan.

The body design is largely from the pen of Belfast designers BigSmall. The car, in a way reminiscent of the DeLorean of the early 80s, has unique, eye-catching clamshell roof/doors to provide entry. Ergonomics testing has already been completed on a mock-up of interior dimensions to achieve optimal comfort and ease of instrument use. The interior cockpit area is currently being designed by Spanish designer Hugo Fernandez. It will have visible carbon fibre features and will show some futuristic “Star Wars” influences also.

The car is a high performance sports car capable of 0-100Kph in 6 seconds with a range just shy of 400kms.

Expect to see the first of these cars on the road end of 2018 – beginning of 2019. Lots more information at www.eroadster.net