A Minibus for the family - The Citroen Spacetourer 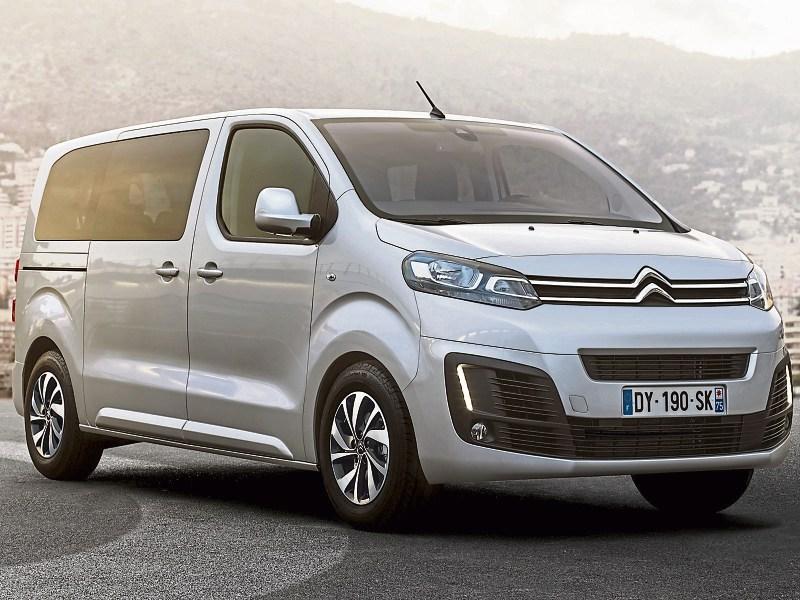 There are as we all know a plethora of MPVs and SUVs for those who want a big 5 or 7 seater vehicle that will lug around those with a big family.

Indeed the SUV segment is one of the fastest growing areas of the Irish car market.

It seems buyers like the higher driving position and perceived versatility they offer though in fact most offer just 5 seats and a decent boot, something many hatchbacks and estates offer equally well.

Citroen have the C4 Picasso (5 seats) and Grand C4 Picasso (7 seats), and now they also offer the subject of this weeks road test the Spacetourer, a full 8/9 seater with a boot.

Citroen’s blurb says “Do you dream of an escape for the whole family”? So you can see the target market, but it sure must be a big family as its available in three lengths, 4.60m, 4.95 (this weeks test car) and a massive 5.30 m long.

Despite its distinctively van-like appearance, it really does look like a van with windows, Citroen say it is built on the floorpan of the C4 Grand Picasso and therefore despite its looks drives more like an MPV than a van. Well it will not win any design award for style. Quite simply it looks like a van!

Climb inside and you are indeed greeted with a massive interior. Two seats up front, three in the second row and depending on the version two or three in the last row behind which there is a reasonable load area.

Standard equipment is quite good with sat nav, bluetooth, voice activation, reversing camera, multifunction steering wheel, blind spot warning, climate control and so forth. It does really feel rather basic inside though with plenty of no doubt durable but hard cheap looking plastics.

The driving position is good and thee is even a secondary small mirror to keep an eye on the bunch of kids you may be carrying in the back.

The middle row of seats fold forward easily and slide simply on a rail to allow easy access to the last row of seats through either of the two big sliding side doors.

However with all that it has some serious deficiencies for a “family vehicle”.

The only concealed storage area is the very small glovebox, no centre storage box, just big door pockets. I had nowhere to store simple things like your house keys, or a wallet that you dont want to leave exposed to prying eyes. Secondly the low geared steering means small turns in say a car park require large steering inputs, so in short it feels like a van and not a family MPV.

Power comes from a perfectly adequate Blue HDi diesel with a 6 speed manual gearbox. Performance is adequate and it moves along quite well.

Over my test period it burned on average 6.6 litres of diesel per 100km which for all its size is pretty good. Road Tax is

To be fair it actually drives better than it looks. the ride and handling is perfectly acceptable and it proves reasonably quiet out on the open road. around town though despite the reversing camera and park sensors finding a parking space long enough for it took some searching.

No matter how hard I tried I could not see why a family would buy the Spacetourer over say the C4 Grand Picasso which is a much more desirable car and costs whopping €10,805 less as the Spacetourer entry price is a mighty €39,800!

I can see its appeal to Taxi firms or those wishing to operate some sort of business transport, but as family transport.

No, why not buy a C4 Grand Picasso, its so much nicer and unless you need 8 instead of 7 seats so much better and less expensive!