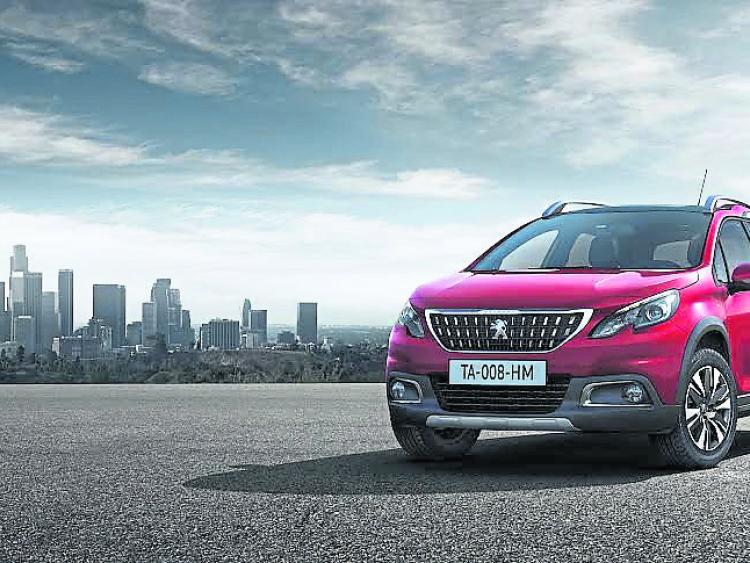 THE new Peugeot 2008 was crowned Irish Small SUV of the Year 2017 at the Irish Car of the Year Awards, in association with Continental Tyres, which took place at the Powerscourt Hotel.

Des Cannon, Managing Director at Gowan Distributors Limited, Peugeot Importers in Ireland said: “The Peugeot 2008 SUV has captured the hearts of many customers in Ireland and today it is our best-selling car model, representing over 10% of its segment.

“A stylish, robust compact SUV, boasting award-winning petrol and best-in-class diesel engines and excellent levels of comfort and safety equipment, we are delighted with the Irish Small SUV of the Year 2017 title.

The prize-giving ceremony, the 40th Irish Car of the Year awards, was attended by motoring journalists from print, online and broadcasting, as well as Ireland’s leading car brands and representatives from the Society of the Irish Motor Industry. Category winners were selected by a panel of close to 30 journalists.

The new Peugeot 2008 SUV retails from €19,400 plus delivery related charges and is covered by a five-year extended warranty.

It comes equipped with best-in-class low CO2 BlueHDi diesel engines and the award-winning PureTech petrol range, a category winner of International Engine of the Year 2015 and 2016. Customers who order their new 2008 up to December 31qualify for 3.9% APR low-cost PCP finance or 4.9% APR Hire Purchase, €3,500 scrappage or €750 deposit contribution.

Test drive it at your nearest Peugeot dealer.