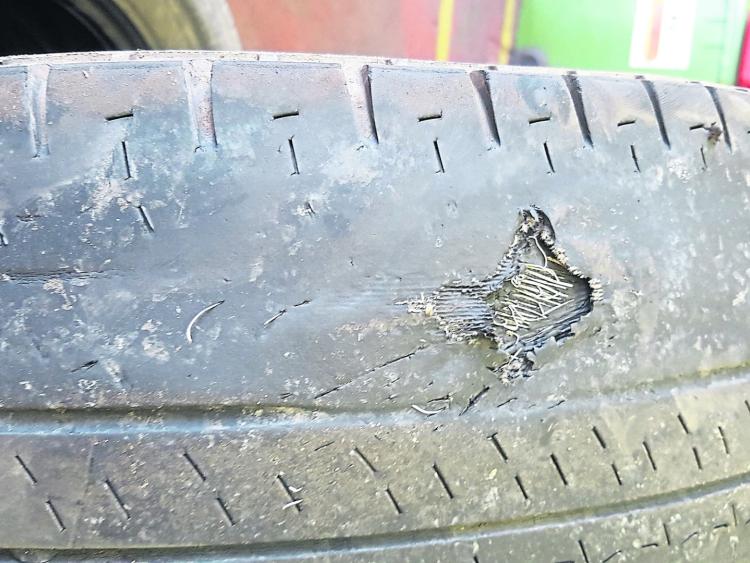 An analysis of tyres replaced at Advance Pitstop, has shown that a high number of vehicles have dangerous or defective tyres.

According to Tom Dennigan of Continental Tyres Ireland: “It is really scary to think that these tyres were taken off vehicles that were driving on the roads of Ireland – the badly worn and damaged tyres included the full range of faults that you would expect to find on tyres that have been neglected for some period of time including:

Tread depth worn down to below the legal minimum of 1.6mm and in some cases, worn right down so that the wire carcass of the tyre can be seen; Lumps, bulges and holes in tyres again showing the wire ‘carcass’ of the tyre; uneven wear with one side of the tyre worn down to dangerous levels due to incorrect balancing and tyre tracking”.

“I would describe tyres like these as ticking bombs – nobody knows ‘the when’ or ‘the where’ that one of these tyres could lead to a catastrophic failure. For sure, it would not only be a disaster for the driver and occupants of the vehicle in question, but also for any other unsuspecting road user who just happened to be on the same road at the same time."

Under the terms of the recently introduced tyre safety penalty point regime, if stopped by a Garda, the owners of any of these tyres would have been facing a fixed charge notice of €80 and up to four penalty points if the matter goes to court.

The regulations came into force in April of this year and an analysis of the Garda figures on penalty points issued shows that the enforcement of these tyres safety regulations is getting off to a very slow start. Up until the end of August, so far just 308 people were issued with penalty points for a tyre-related infraction. This compares with some 82,783 notices issued for drivers who were caught holding a mobile phone - admittedly that is for the full eight months, whereas the tyre enforcement figures are only since May.

This year the Road Safety Authority highlighted that defective tyres were a factor in 71 road deaths during a five year period.
Tyre-related penalty point offences are as follows:

Continental Tyres said it is very easy to carry out a quick tyre check on their cars and that this should be done on a regular basis. However as our survey of replaced tyres shows, it is also advisable that motorists bring their car for inspection by a trained tyre fitter at regular intervals.In addition to checking for cuts, bumps or uneven wear on a tyre, motorists can check