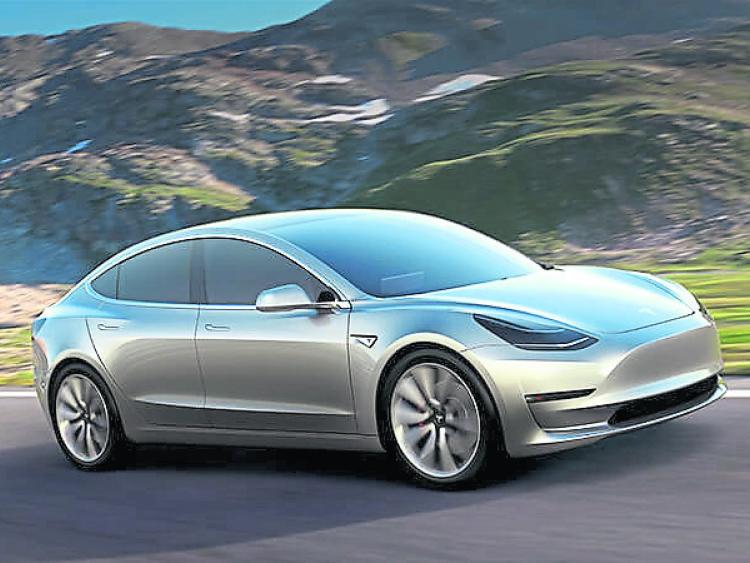 Electric car giant Tesla is to open a store in Ireland in 2017. The company will also open four supercharging stations, expected to be in Dublin, Cork, Galway and Belfast.

According to the firm, 30 minutes plugged into one of these stands gives a Tesla a range of over 270km. According to official figures, Tesla’s current fleet of electric vehicles (EV) can travel up to 613km on a single full charge.

The move next year will make the option of choosing an electric car a more realistic option for many Irish motorists.
There are economic and environmental benefits to purchasing an electric car. According to the Sustainable Energy Authority of Ireland (SEAI) an electric vehicle can reduce your transport fuel costs by 74% compared to a comparable diesel engine car.
A reduction in price of up to €10,000 is available for electric vehicles due to an SEAI grant and zero VRT.

Electricity from publicly accessible EV chargers is currently free so the cost of driving from one part of the country to another is reduced even further.

There are currently over 1,200 public charging points installed in Ireland by ESB around the towns and cities of Ireland. A fast charge station at a motorway takes approximately 20 minutes to charge a car to 80% capacity and this is currently free.
Costing €120 per annum, EVs have the lowest rate of motor tax available in Ireland.

An electric car can drive with zero emissions in our cities while making our lives quieter.

Almost one quarter of the electricity supplied to an EV is generated from clean renewable energy in Ireland. The average amount of renewable biofuels mixed and included in Ireland’s transport fossil fuel was only 3% in the same period.
The new 300km BMW i3 is now available in Ireland making it the longest range EV available in this country.

There are currently over 18 EVs models now available in Ireland that qualify for grant support from SEAI with more to come.
Over 1,600 EVs have been grant aided in Ireland since the grants were launched in 2010 with sales increasing significantly every year.
According to SEAI,a driver who commutes around 50km to work each day (ie from Drogheda, Navan, Newbridge or Wicklow to Dublin) will drive over 25,000 km per annum. Anyone making that type of journey (and we know there are many on these routes every day) could save on average €1,500 each year if they switch to an EV.