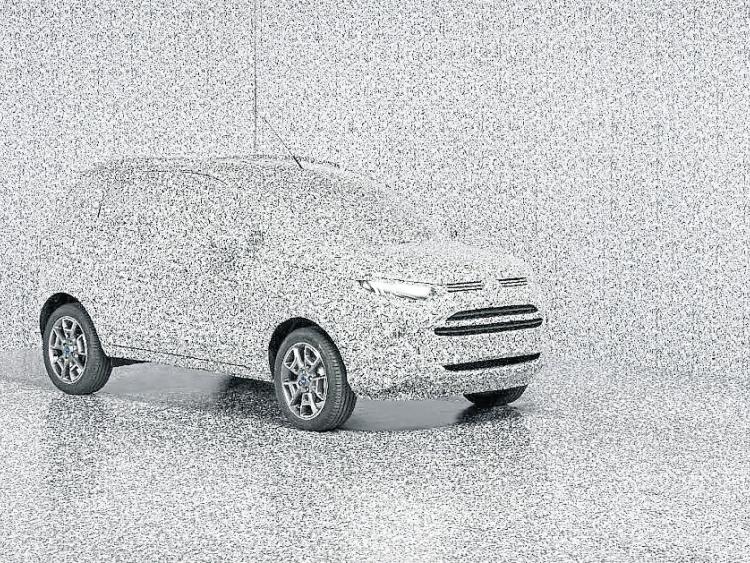 If you’ve ever seen a car covered in bizarre swirls, mind‑bending patterns, or crazy squiggles then the chances are you’ve seen a top secret new prototype with a special coating of camouflage stickers.

Designed to deceive industry spies hoping to catch a glimpse of new cars being tested on public roads, these designs create an optical illusion, making it extremely hard for eyes to focus on the outlines.

Ford’s latest 3D “Brick” camouflage, inspired in part by popular online illusions, uses thousands of seemingly randomly placed black, grey and white cylinders in a chaotic criss-cross pattern. This makes it especially difficult to discern new exterior features in sunlight, whether seen in person or on the millions of photographs and selfies that are posted to the internet.

“Almost everyone has a smartphone now and can share photos instantly – making it easy for anyone, including our rivals, to see vehicles in testing,” said Lars Muehlbauer, manager, Camouflage, Ford of Europe. “The designers create beautiful cars with cool design features. Our job is to keep those features hidden.”

New vehicles are tested on public roads as part of a rigorous development process. Each new camouflage takes around two months to develop and is then printed on superlight vinyl stickers, which are thinner than a human hair, and that are uniquely applied to each vehicle. Designs are first tested on a closed Ford test track to ensure the camouflage does the job.

“I tried to create a design which is chaotic and that confuses the eyes,” said Marco Porceddu, vehicle prototype engineer, Product Development, Ford of Europe, who developed the new camouflage.

“I researched optical illusions on the internet and came up with a shape that could be copied and overlapped thousands of times. This creates both an optical illusion and a 3D effect.”

Designed to withstand extreme temperatures, Ford’s camouflage blends in with winter environments in Europe while sand colours are used in Australia and South America.

“This camouflage will stand out in almost any environment, but it’s designed to destroy the integrity of the vehicle’s shape, surfaces and colour, delaying your brain’s ability to recognise it, or its key features by sight,” said Martin Stevens, Associate Professor, University of Exeter; who has studied Animal Coloration and Camouflage for almost 15 years.

“The optical illusion doesn’t prevent the car being seen, but plays with your ability to measure depth of field and shadows, making it difficult to see shapes and car features. It is a trick used in nature to get away from something or to hide that is equally useful to a car test driver.”