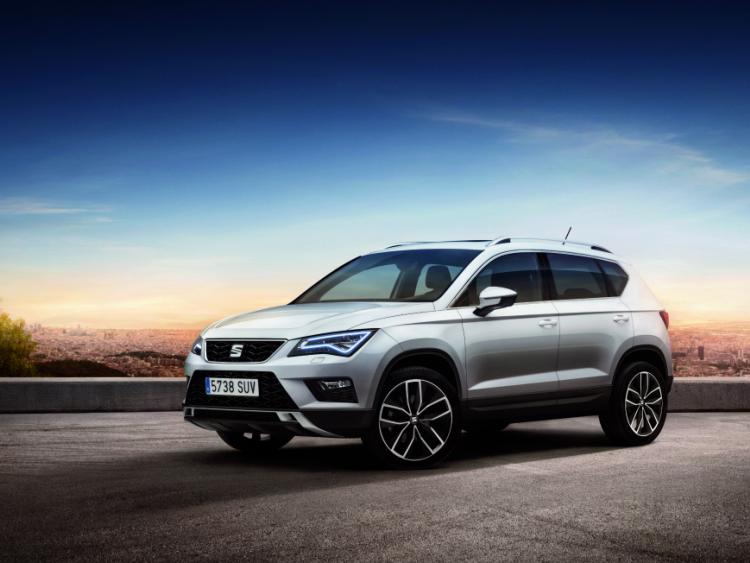 Ahead of the much anticipated arrival of the SEAT Ateca at SEAT dealers next month, the SUV, which has received superb reviews since its international launch, has now been named the Auto Express Crossover of the Year 2016.  In this incredibly competitive segment – named ‘arguably one of the most fiercely fought New Car Awards categories’ by Auto Express, this is a fantastic achievement for SEAT as they launch the all new Ateca, their first ever SUV.

Neil Dalton, Head of Marketing & Product at SEAT Ireland commented; “We have been delighted by the reception the Ateca has received to date both from SEAT customers and the media. This recognition from Auto Express is great to see and further solidifies our belief that this car offers Irish motorists the best package in terms of quality and value for money in this increasingly competitive segment.”

SEAT enters the mid-sized SUV market at a time when the segment is experiencing rapid growth, up +85% on the same period last year.

As well as unrivalled value for money with a starting price of €24,750, the SEAT Ateca will be the most dynamic SUV on the road offering motorists a host of attractive features adding to the wonderful driving experience that comes with the Ateca.

Created in Barcelona with German engineering, the SEAT Ateca has been designed to make driving an absolute pleasure and its full connectivity will appeal to customers who enjoy technology.  The SEAT Ateca XCELLENCE offers wireless phone charging and KESSY, a keyless entry with start system as standard – so convenient and brilliantly thought through.

Full LED Headlights, multi coloured ambient interior lighting that adjust to suit the drivers mood and welcome lights in the wing mirrors ensure that the ATECA looks every bit as good as it drives. A full leather interior, an 8 inch colour touch screen media system and heated front seats add to the sense of luxury offered by the ATECA. Prices for the SEAT Ateca XCELLENCE start at €31,120.

The SEAT Ateca is available in three trim levels S, SE and XCELLENCE, and will arrive at SEAT’s 21 strong dealer network in late August.  To register your interest in the most exciting car launch this year and to avail of pre-launch information, visit www.seat.ie/ateca

SEAT is the only company that designs, develops, manufactures and markets cars in Spain. A member of the Volkswagen Group, the multinational has its headquarters in Martorell (Barcelona), exporting more than 80% of its vehicles, and is present in over 75 countries. In 2015, SEAT’s turnover amounted to over 8.3 billion euros, the highest in its history, and the company achieved worldwide sales of more than 400,000 units for the first time since 2007.

SEAT Group employs more than 14,000 professionals at its three production centres – Barcelona, El Prat de Llobregat and Martorell, where it manufactures the highly successful Ibiza and Leon. Additionally, the company produces the Ateca and the Toledo in the Czech Republic, the Alhambra in Portugal and the Mii in Slovakia.

The multinational has a Technical Centre, which operates as a knowledge hub that brings together 1,000 engineers who are focussed on developing innovation for Spain’s largest industrial investor in R&D. SEAT already features the latest connectivity technology in its vehicle range and is currently engaged in the company’s global digitisation process to promote the mobility of the future.