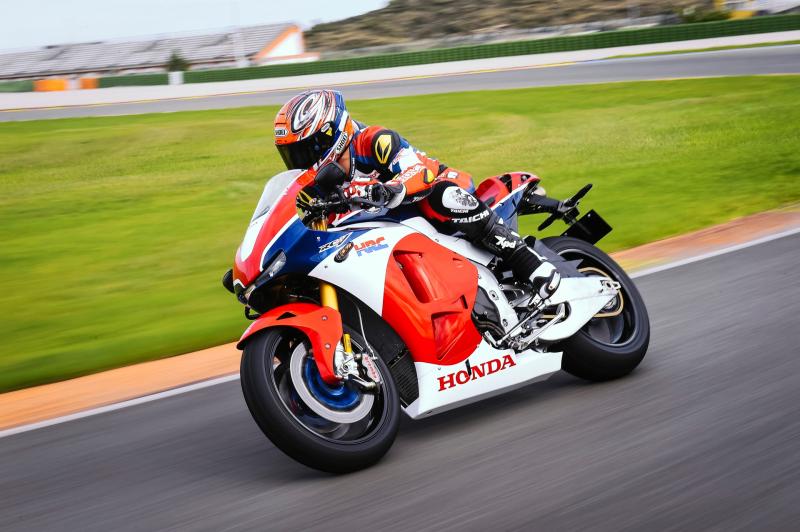 One of the most expensive and rarest road-going motorbikes in the world will make its public Irish debut at the Carole Nash Irish Motorbike and Scooter Show in Dublin this weekend (March 3-5).

The Honda RC213V-S is a road-legal version of a MotoGP racer. It costs around €230,000, has a top speed of more than 300kmh and was developed to be closer in specification and riding feel to a grand prix bike than any other road-going motorcycle ever produced.

Every RC213V-S is hand built over three days in a specialist 'boutique' factory area of Honda’s Kumamoto factory. Only 190 have been built and specialist technicians are trained to prepare and service the bikes everywhere they are sold. The frames are made by famed race team and Honda parts manufacturer Moriwaki.

Carole Nash Irish Motorbike and Scooter Show organiser Ruth Lemass said: “This is truly and incredible attraction for enthusiasts and visitors in general. Honda took three years to develop this incredible machine and it is a privilege to be able to showcase it to our visitors at the show.

Jenny Reynolds, Director, Honda Ireland said: “‘We’re delighted to have the exceptional RCV 213V-S limited production motorcycle on the Honda stand at the ‘Carole Nash Irish Scooter and Motorcycle Show’.  The RCV 213V-S epitomizes the spirit of Honda. Closer in concept, specification and riding feel to a MotoGP racer than any previous road legal motorcycle it is a must see for anybody attending the show.’

As well as the road-legal MotoGP superbike, Honda will be displaying 17 other motorbikes on their stand including two new 2017 Fireblade models, the exceptional XADV750 which is a new hybrid adventure bike that is also a Scooter and unlike anything else that has been seen before. The Africa Twin XADV 750 which is a firm favourite with motorbike fans and one of the most popular adventure bikes ever made by Honda will also be on view.

For stunning displays of truly amazing motorbikes and spectacular live action entertainment for all the family, visit The Carole Nash Irish Motorbike & Scooter Show at the RDS in Dublin, March 3rd–5th.