OPINION (AN COLÚN): Does the cheese come before or after the dessert? 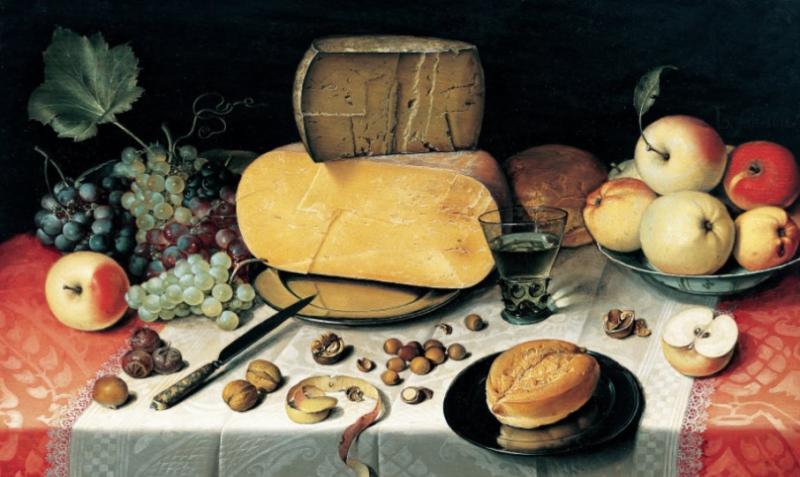 On Friday evening we enjoyed a very pleasant dinner party in our home (adhering of course to the government guidelines of there being no more than four households present) during which lively and good humoured conversations ranging over a wide selection of subjects took place.
One of those subjects was whether, once the main course had been consumed, the cheese should come before or after the dessert? I consulted French tradition on the matter, as I consider the French to be masters in most things culinary and wine related. The French, my book told me, eat the cheese after the main course, and then the dessert.
I found myself in the unusual position of having to disagree with the French.
There's something more satisfying about finishing the meal with cheese rather than dessert, a fact that quite a few people agree with me about. One writer tried to explain it according to the pH scale (which is in vogue these days and is based on the alkaline / acidic principle. pH stands for “potential of Hydrogen”). The cheeses, he argued, are more alkaline and therefore sit better in the stomach and general system, whereas the desserts tend to be more acidic and can make one feel a little unsettled.
I dipped into this fashionable pH alkaline / acidic theorising for a while and I have to say I found the science of it all a bit ropey, with a hint of obsessiveness and neuroticism. In other words, “a load of cobblers”, I thought, and kicked it to touch.
However, there can be no doubt that the proffering of a platter with cheese, grapes and crackers is more pleasurable to the eye of the diner at the end of his meal. As you tuck in, the cheese works wonders, imbuing your emotions with a sense of relaxation and expansiveness. Your instincts now want to linger at the table, indulge in conversations (perhaps verging into trickier, less politically correct, more risqué topics), drink port or brandy or wine. There's a fantastic sense of wellbeing when you combine cheese, alcohol and good company at the end of a big meal. This wellbeing and enjoyment prompts you to go on for hours.
Sure enough, our main course was eaten by 9.30 but we stayed on enjoying an animated conversation until 1.30am.
By contrast, when you are offered dessert there isn't the same sense of kicking back and relaxing, with the result that the evening might be duller and end earlier.
English journalist Tim Hayward agreed with the view that things got livelier at the end of a meal if cheese was offered. In a hilarious article, he wrote about his restaurant experiences in France: “I've grown to mistrust the French way...dessert will be followed by the terse offer 'coffee anyone?' before you're chivvied, blinking into the suburban street...at 10 o'clock...” But when the cheese is last, “you know that you're in for the duration. It will begin with free-ranging and highly lubricated conversation about everything from politics to perversion and, unless your host has had the foresight to lock you in, may well end three months later when they find you lying face down in a bar in Macau, heavily bearded and with the name of a transvestite fire-eater tattooed on your left buttock.”
Cheese first, he believes, equals joylessness and restraint, whereas dessert first could lead to an evening of Bohemian excess!
Our conversation on Friday evening as we tucked into the cheese and quaffed the wine ranged over the usual subjects at these occasions (local events, local personalities, politics, the inevitable Covid) and the not so usual - brief forays into the lives and thoughts of psychologists and philosophers (these forays never became pretentious or heavy, but were forms of intellectual entertainment).
Freud's fainting fits were briefly discussed. I always find the topic of his fainting fits somewhat sad as they seemed to mark the cooling off of his long running and important friendship with Jung. All sorts of theories have been put forward as to why Freud fainted on two occasions when he, Jung and others were discussing serious matters of psychology. These theories are interesting but I don't know whether they are true or not. What is definite and true is that during this period (1909 to 1913) their theories were diverging and they began contradicting one another. Perhaps their theories were more important than their friendship, which is a sad thought.
Friendship is a pearl and should be nurtured in this frequently cold, mercantile world of ours. The art of friendship lies in not getting overly concerned with differences of opinion. It also requires the art of diplomacy, but not being over diplomatic either.
I can see much of value in both Freud's and Jung's theories. They both remain highly relevant.
For example, in our current oversexualized culture, sex has become a commodity, and immaturity is often idealized. The attitude in this culture undermines the psychological value of intimate long-term personal attachments. By contrast, Freud give a central place to sexuality and intimate personal connections. His ideas focus on the value of intimate personal attachment and its key place in mature sexual fulfillment.