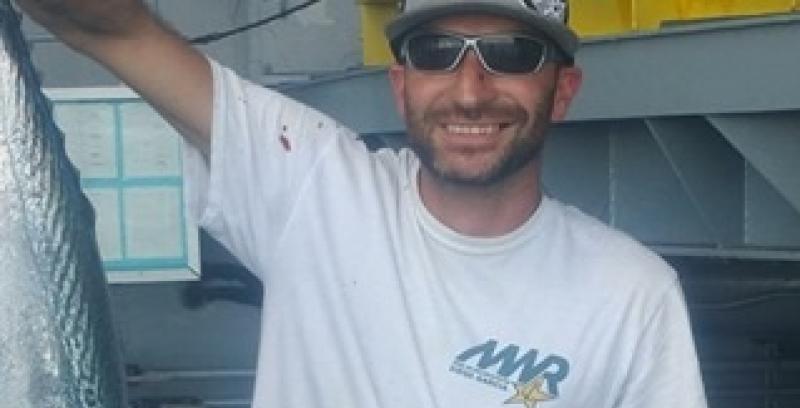 Eoghan de Cleir, who was seriously injured after a fall in Columbia in November 2020

A GoFundMe campaign has raised and incredible amount for Kinnitty man Eoghan de Cleir who is enduring a long recovery process following a terrible fall in Columbia in November.

The GoFundMe campaign has raised $41,050 and is aiming to raise $90,000 for Eoghan which will go toward his medical expenses.

On November 6, Eoghan fell from a second-floor balcony and suffered severe injuries. As a result, he was in the ICU for a period, on life support in a medically induced coma. Eoghan's now in rehab, but the road to recovery is very long and arduous. The purpose of the GoFundMe campaign is to help offset the enormous financial costs of his medical care.

Eoghan, 41, is a member of the well known De Cleir family who run a shop in Kinnitty. His loved ones describe him as being “free spirited, open minded, easy going, adventurous, fun, and above all things a kind man. Anyone who has been lucky to have met him in life at some point will know this to be true.”

Last week it was announced that four sisters have also launched a fundraising drive for their cousin. Sisters Laila Smith, Natasha, Jenny, and Tara Keogh have vowed to shave or dye their hair in the hope of raising money for Eoghan’s medical costs, which have spiralled to over €90,000.

Natasha is an oncology nurse and will be donating her very long hair to the Rapunzel foundation who provide free, real hair, wigs to both children and adults who have lost their own hair through cancer treatment or other conditions. Jenny Keogh said she and Eoghan have always been very close, like best friends. The sisters say their cousin's medical costs are sky high now. His rehabilitation includes a speech and physical therapist, as well as a house rental for his mother Ira. Ira was living in California and moved to Bogota, Columbia to be with her son during his intensive rehabilitation.

Prior to the accident Eoghan had been living in the United States but went to the South American country to visit his girlfriend Daniela Celta last November. His horror fall caused, what have been called, life-changing injuries. As well as being placed in a medically-induced coma he also had to undergo multiple surgeries. Now he has to learn to walk and talk again and doctors won’t let him fly because his condition is too severe. He is currently attending the Clinic de Sabana Chia on the outskirts of Bogata, where he is undergoing an intensive course of rehabilitation; and while he is making progress, the family are in desperate need of funds in order to continue his treatment.

Tara added: “He’s settling in well in the centre. Daniela and his mother are with him every day but it’s nearly a year now since the accident. There was money raised earlier for his treatment but it’s run dry and while his plight was highlighted then, the attention is now off but he still needs constant care. It was just a freak accident but he’s lucky to be alive because it was really touch and go for a while. But he has to learn to do everything again, from walking to talking to dressing himself, to going to the bathroom. It’s an awful situation and we’re hoping we can do something.”